Phil’s latest vision has led to two new projects that will bring more dramatic change to downtown Naples: The Inn on Fifth Residences, a standalone five-star property with 51 suites and 54 condominiums; and Fifth and Fifth, a half-acre, mixed-use development of luxury residents and retail space, located directly on Fifth Avenue South. 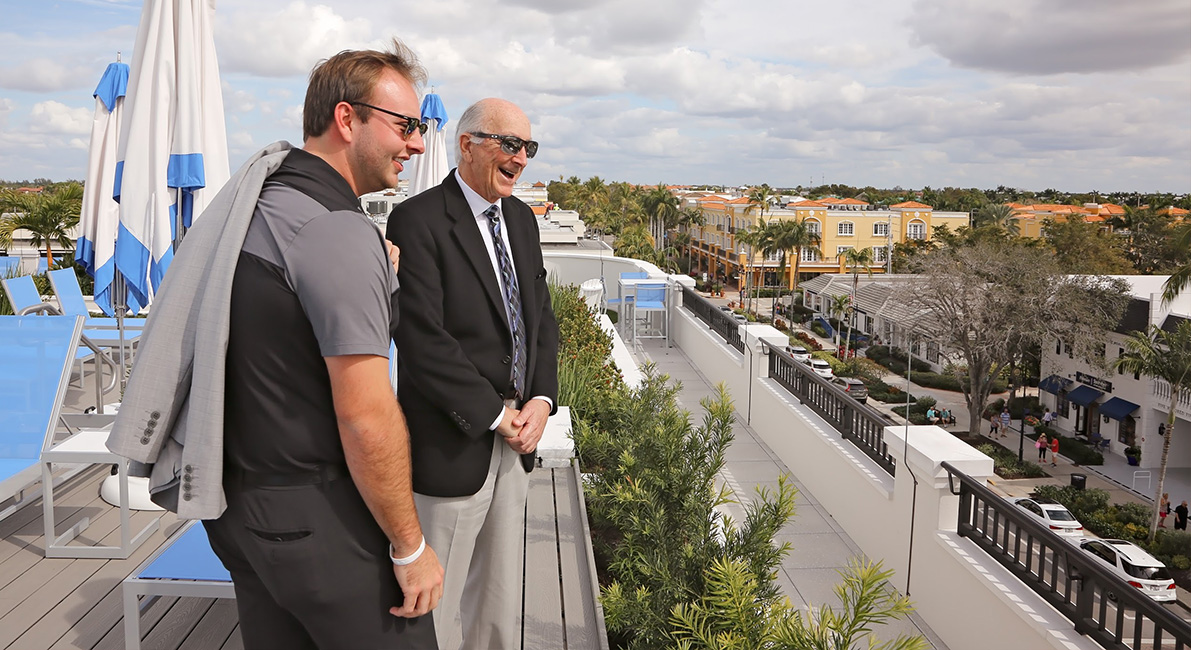 The Inn on 5th, Club Level Suites, The Residences at 5th & 5th

Born in 1947 in the blue-collar neighborhood of Dorchester in Boston, Massachusetts, Philip Joseph McCabe was literally raised in the attic of his parents overcrowded one-bath home, along with his five siblings. At the age of 19, with the Vietnam War nearing its height, Phil left to join the Air Force, never to return to his native Boston.

While overseas, Phil worked in the field of intelligence, becoming a specialist in the analysis of the Russian missile space program during the Cold War. For his services, he received an honorable discharge from the Air Force after serving four years, primarily in Pakistan and Afghanistan. Upon his discharge from the Air Force, Phil was given the opportunity to join the Central Intelligence Agency. He accepted their offer, and after training at CIA headquarters, was stationed in northern Iran, directly on the border with Russia.

Phil soon returned to his New England roots, ending up on the Maine coast. It was there, at the age of 29, that he used all of his savings – $25,000 – to purchase a bankrupt lodging business on the beach. Phil had found his calling and busily set about growing his new business, heading down a path that would lead to a lifetime of entrepreneurial success.

As he worked to restore the bankrupt property, Phil’s fortunes grew steadily, culminating a decade later in a multimillion-dollar enterprise. After a dozen years of operation, Phil decided to expand his hospitality business in the Sunshine State. After painstaking research, he set his sights on Southwest Florida, sold his accumulated Maine holdings, and brought his earnings to Naples, Florida.

Building on his early success, and with a keen eye for opportunity, Phil found and purchased several acres of land in north Naples, with the ambition of building his first boutique hotel. In 1986 he opened the Inn of Naples, a small boutique property with a restaurant. It was an instant success. After six years of operation, Phil built a second boutique hotel called the Inn at Pelican Bay, which was also an immediate success. Another six years later, still with boundless energy and ambition, Phil converted an old bank building in downtown Naples where he developed and opened the Inn on Fifth, still an extremely successful enterprise today. For 15 years the elegant Inn was home to McCabe’s Irish Pub & Grill, a favorite local watering hole that became a Naples institution.

In December 2012, the Inn on Fifth put the finishing touches on an $18 million expansion project, which added new luxury suites and meeting and retail space, and a $1.7 million renovation which completely redesigned the look and feel of the property. The largest redevelopment effort on Fifth Avenue South since the start of the 2008 financial crisis, the milestone project involved the construction of a new three-story, 40,000-square-foot building directly across from the Inn’s familiar Fifth Avenue South location.

It was in 2014 that Phil combined his vision with the talents of world-renowned designer Jeffrey Beers International to create Avenue5, a new luxury restaurant at the Inn on Fifth. In 2017, after Phil received an offer he couldn’t refuse, Avenue 5’s space was leased to Ocean Prime, an award-winning modern American restaurant and lounge from renowned restaurateur Cameron Mitchell. Opened in December 2016, Ocean Prime, now one of Naples’ dining hotspots, complements the Inn on Fifth and elevates Fifth Avenue as a dining destination.

Phil’s latest vision has led to two new projects that will bring more dramatic change to downtown Naples: The Inn on Fifth Residences, a standalone five-star property with 51 suites and 54 condominiums; and Fifth and Fifth, a half-acre, mixed-use development of luxury residents and retail space, located directly on Fifth Avenue South.

While driven by a fierce entrepreneurial spirit, Phil McCabe has always cared about his community, never failing to share his time, talents, and resources where most needed, and helping to deliver some of the highest quality development projects in Naples.

Joseph is an active member of the community and is serving his second year as a member of the Fifth Avenue South Business Improvement District Board of Directors.  Most recently, Joe has been tasked with the significant project of identifying tenants for McCabe’s newest development, the Residences at 5th & 5th.  With an entrepreneurial spirit, Joseph has the pedigree, education and skills to pursue his interests in construction, development, aviation sales, and hospitality.

Gallery of Inn on 5th 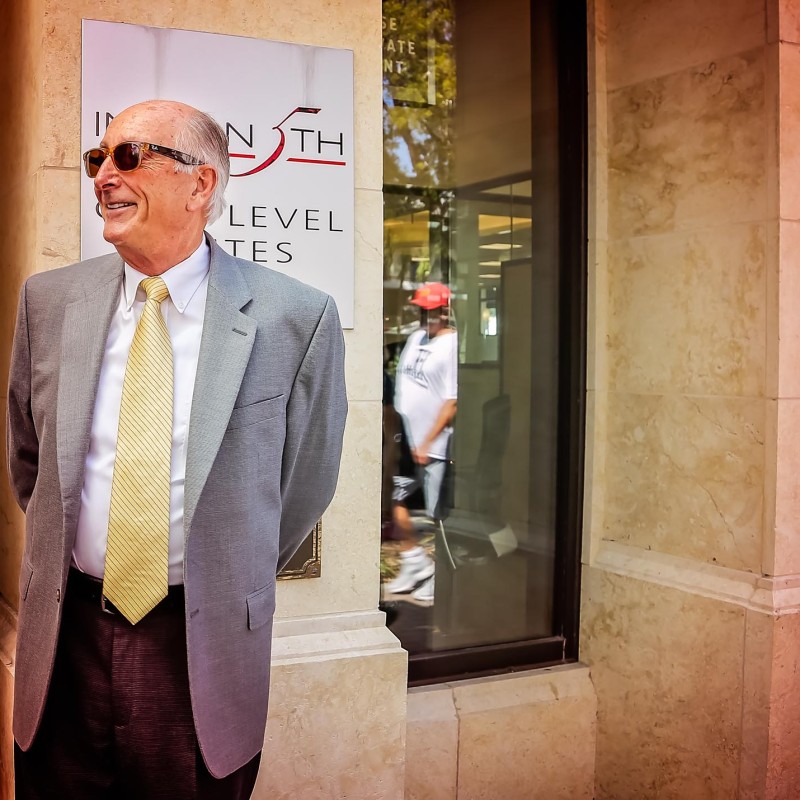 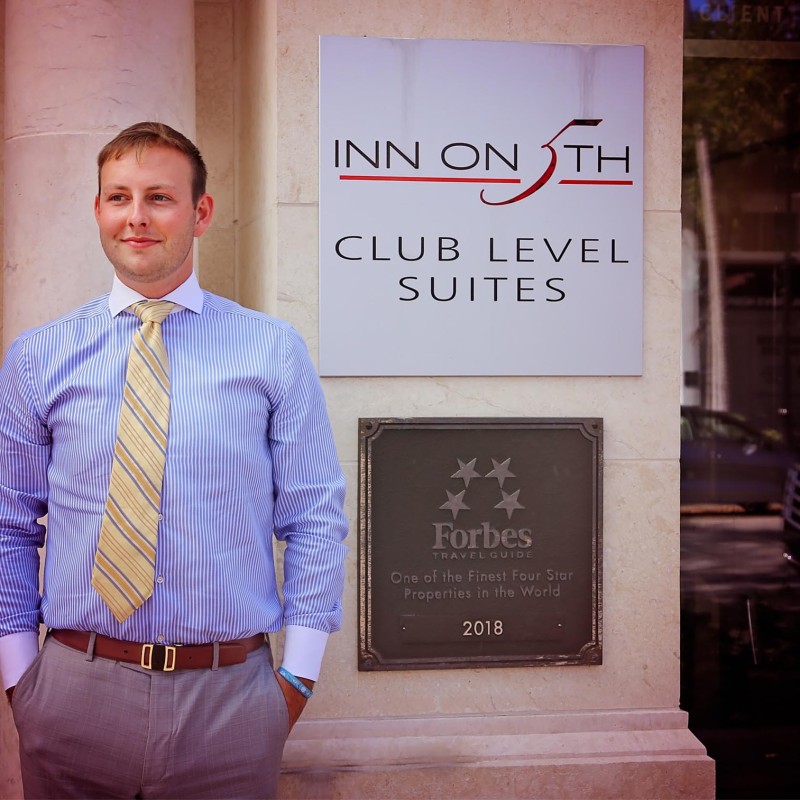 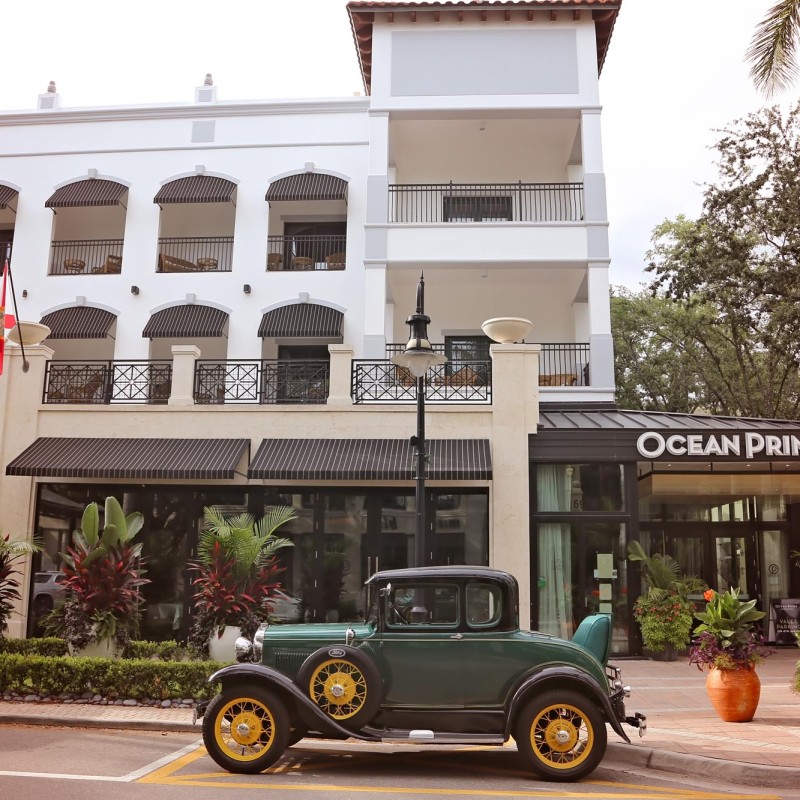 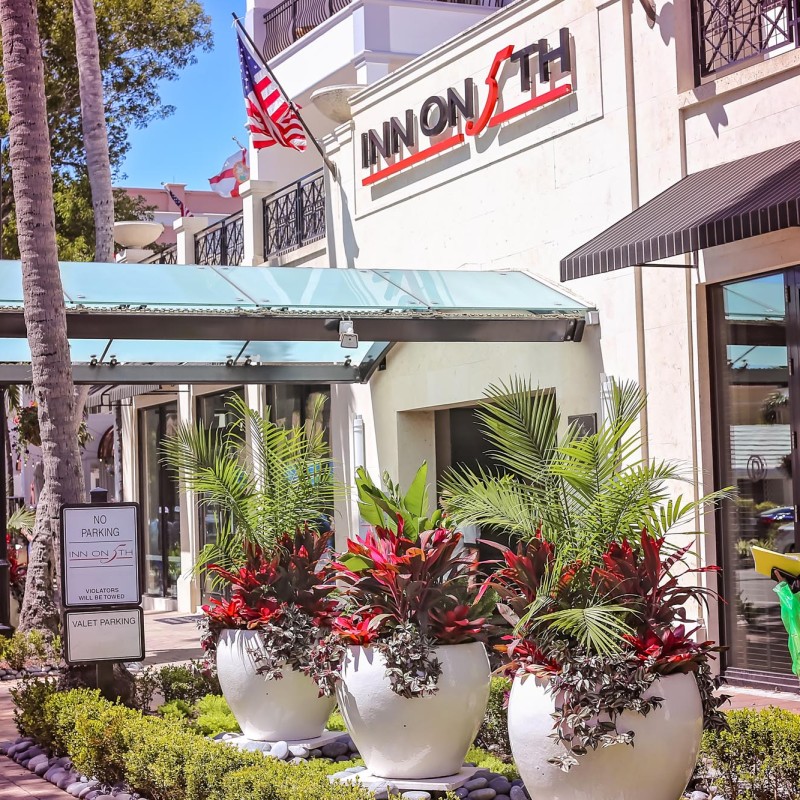 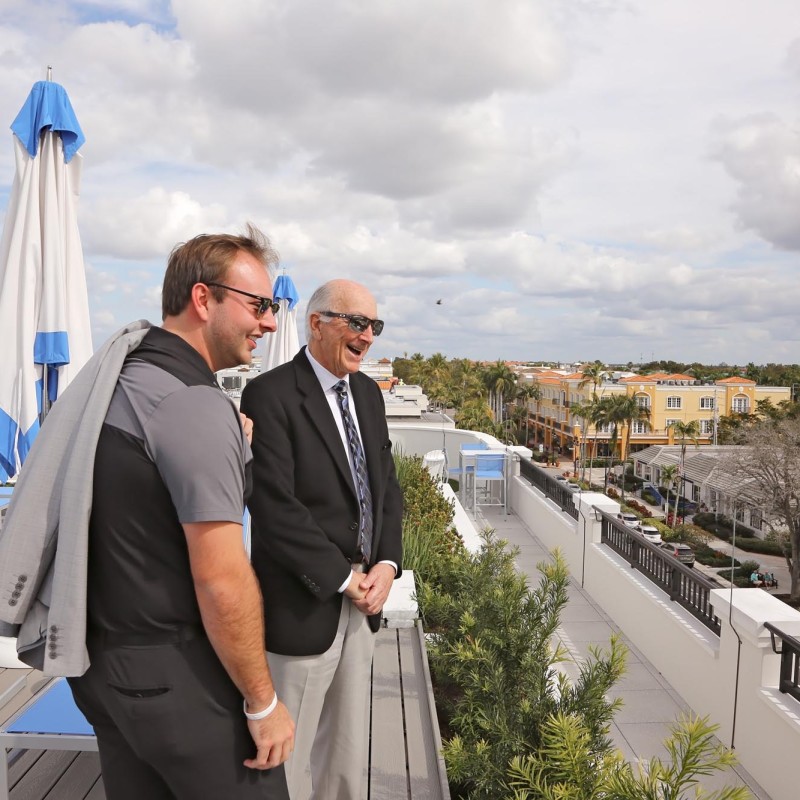 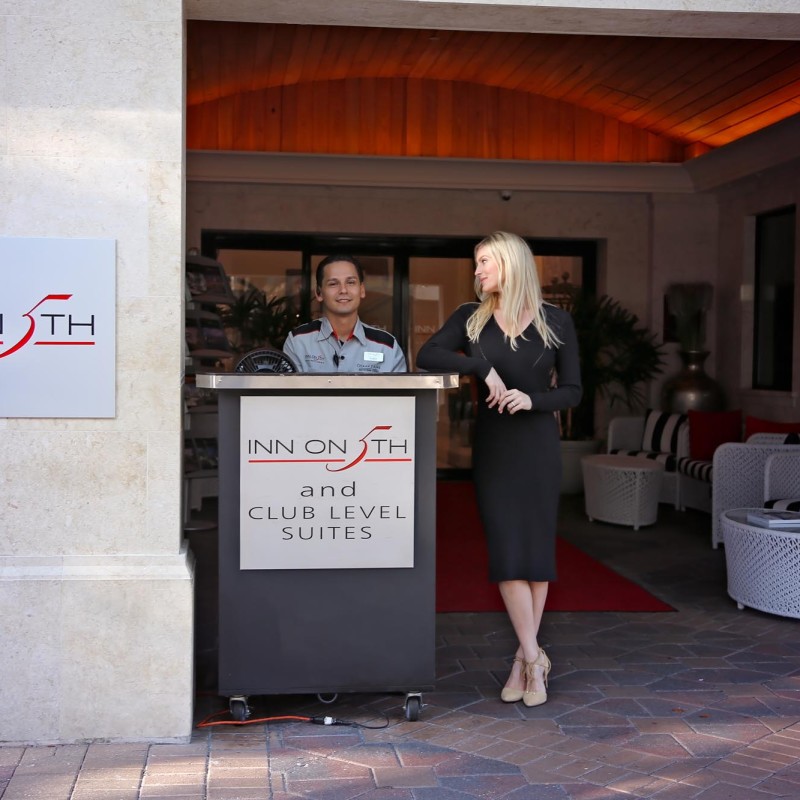 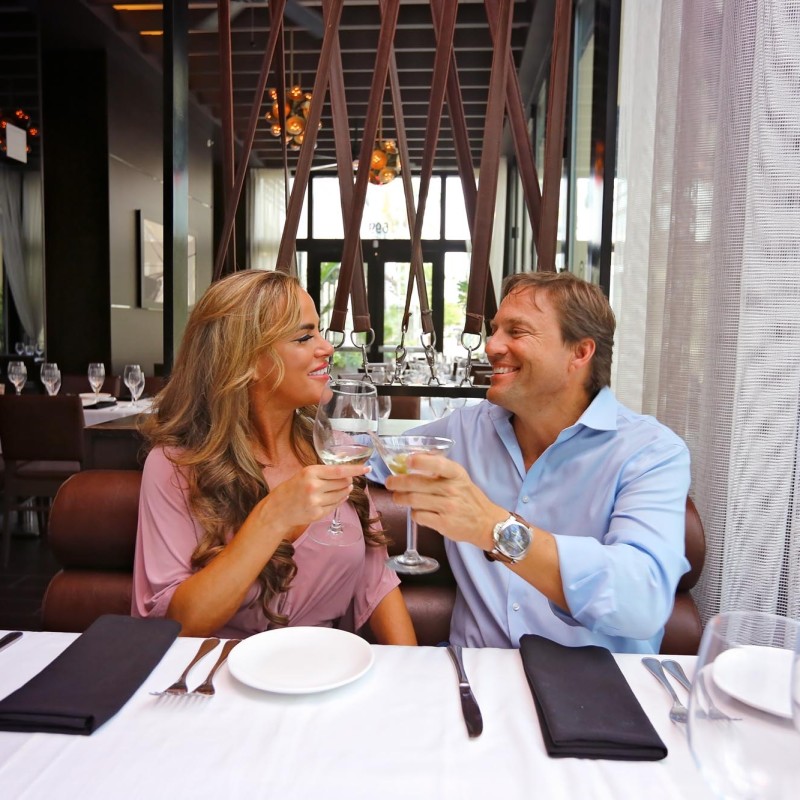 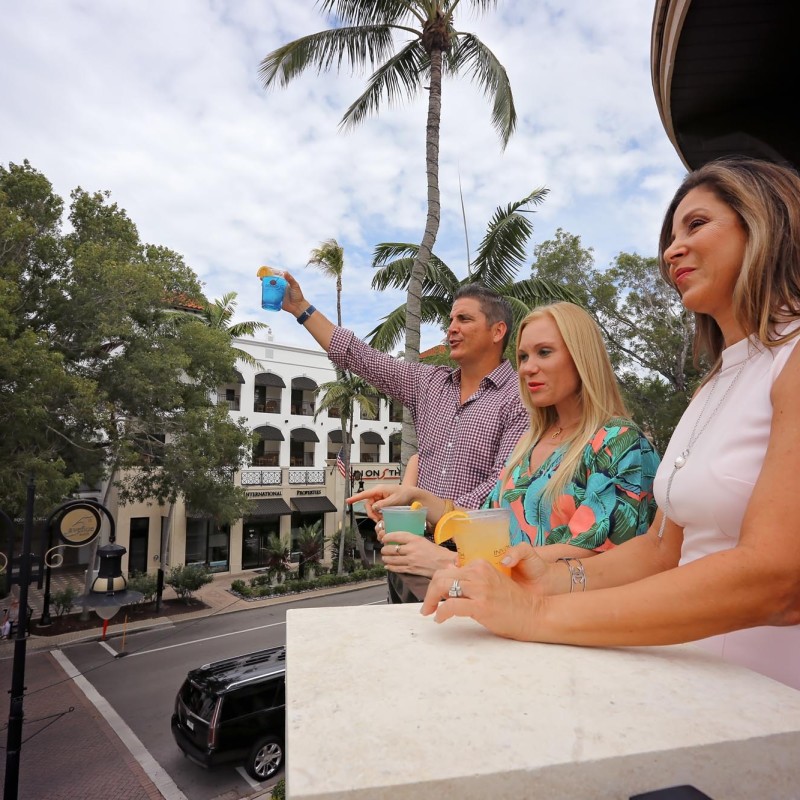 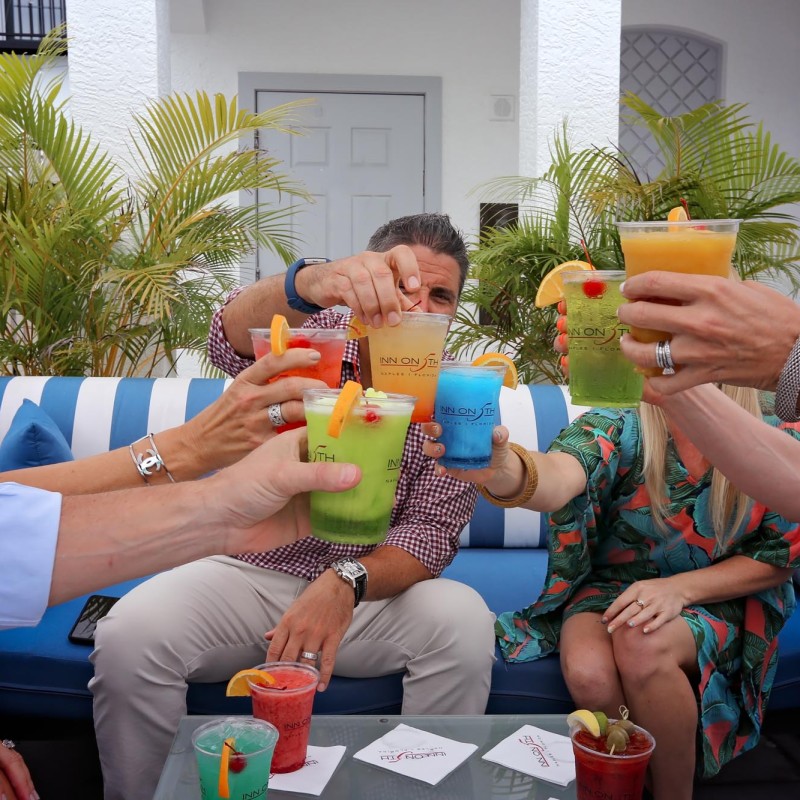 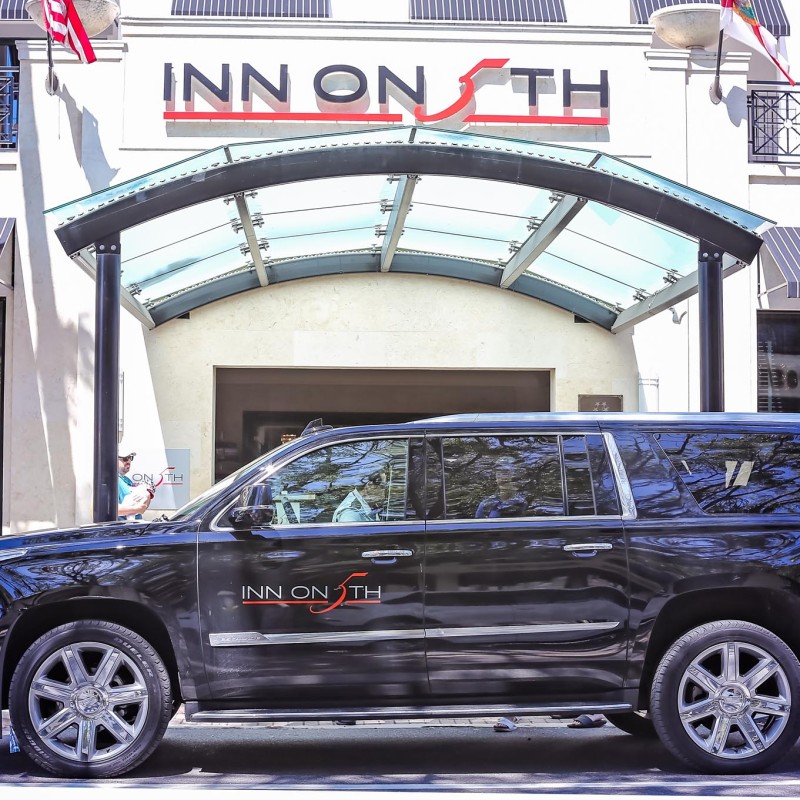 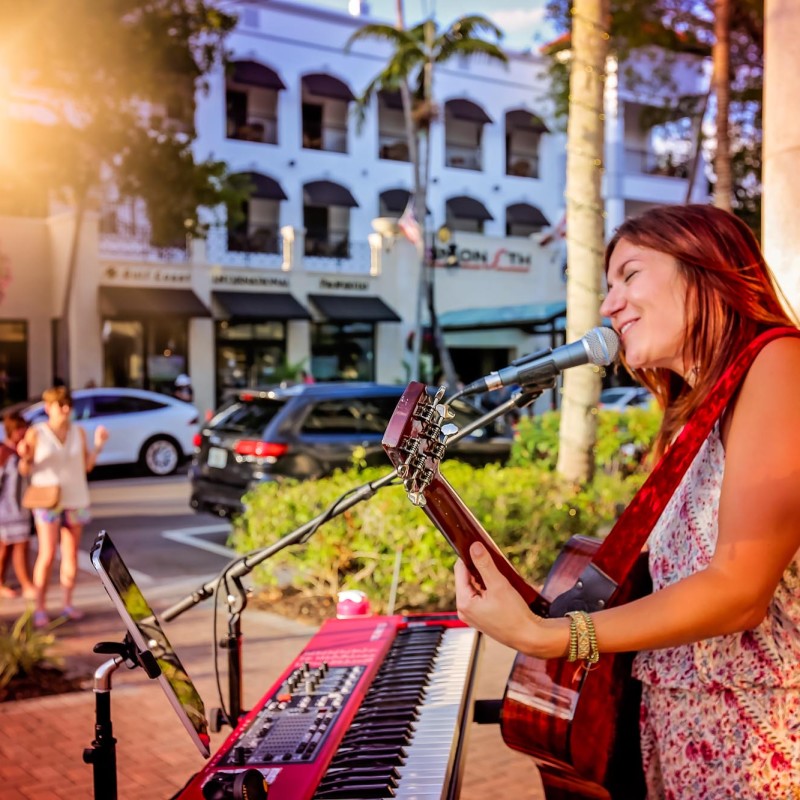 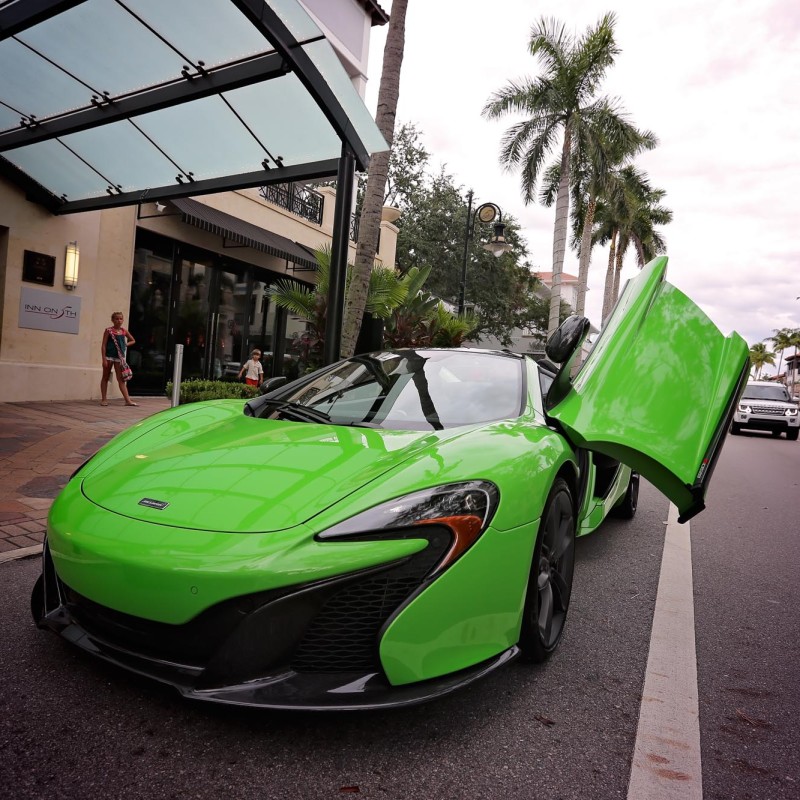 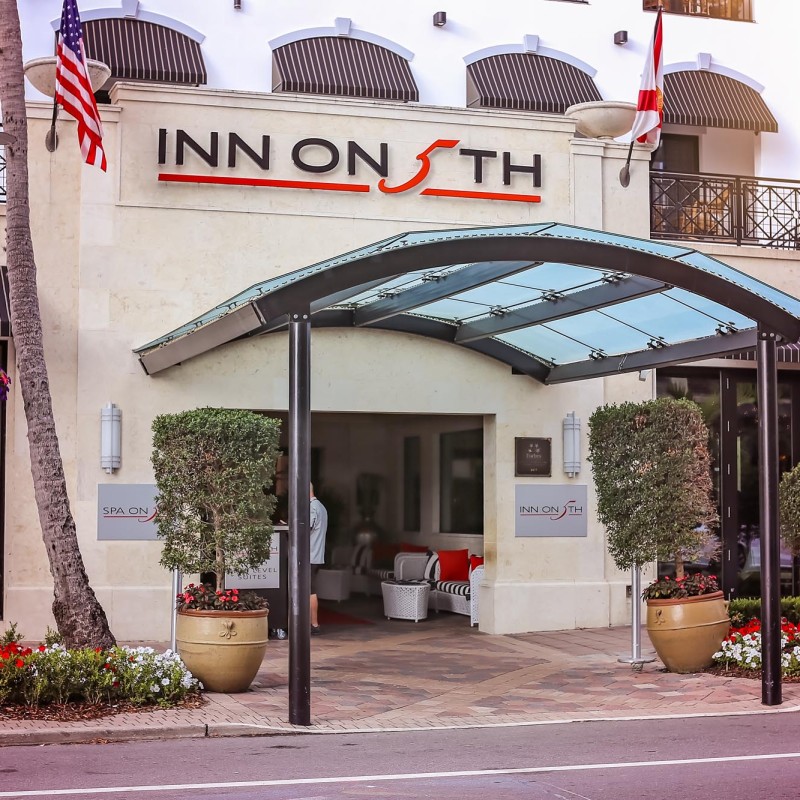 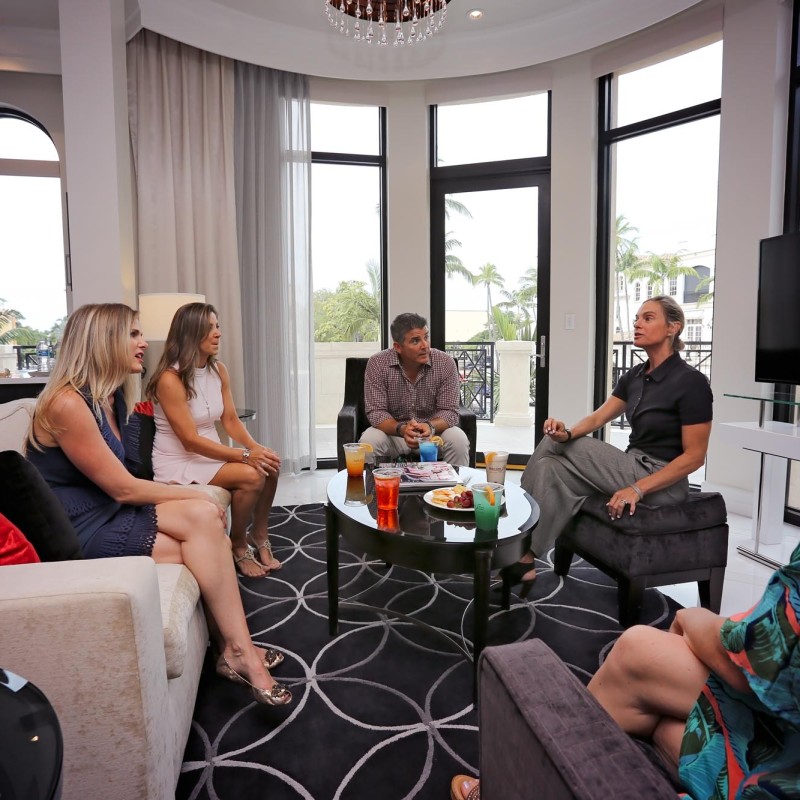 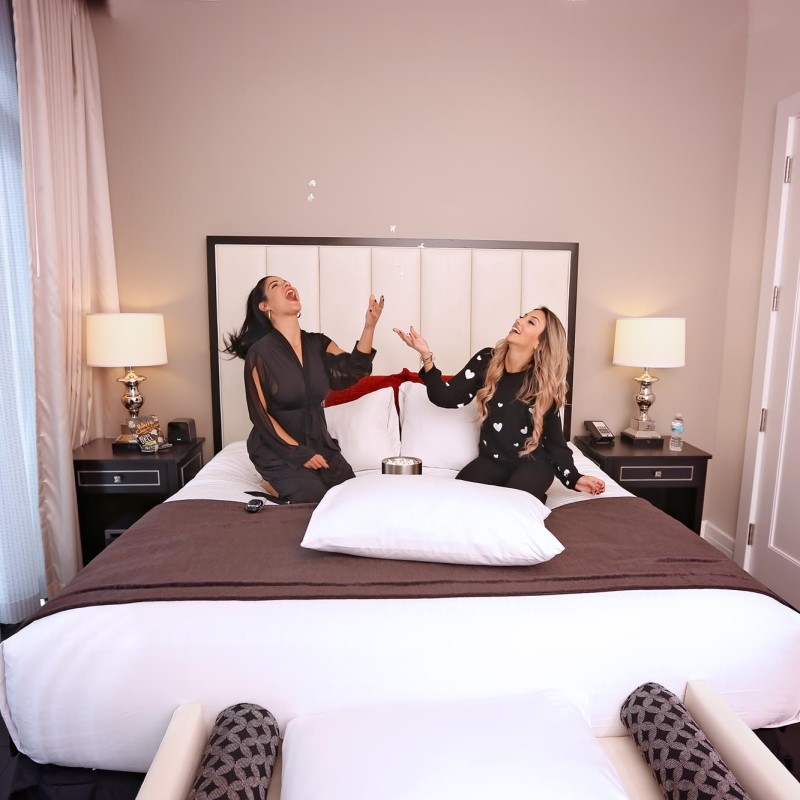 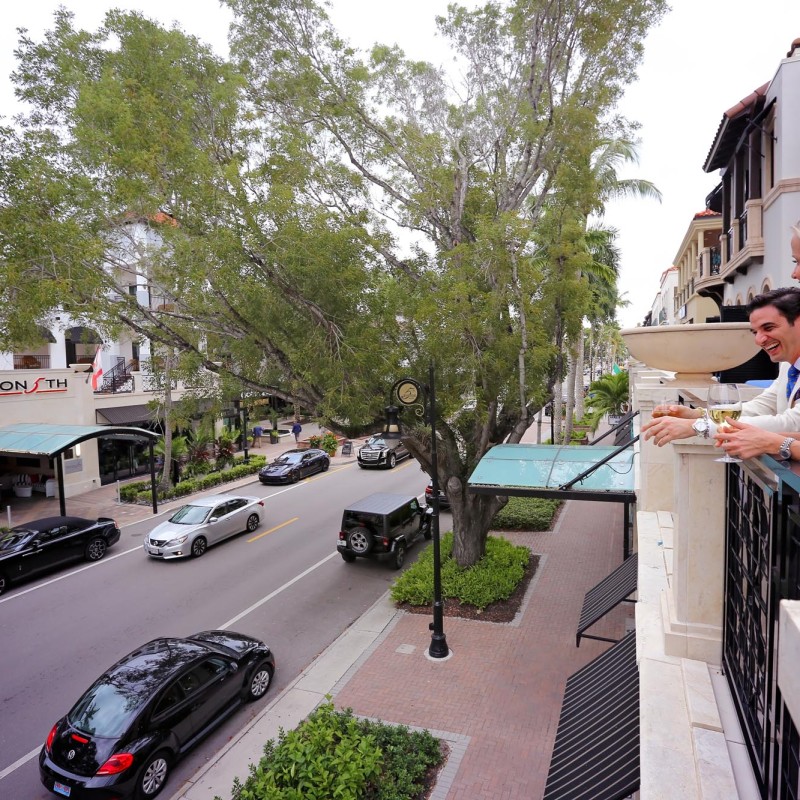 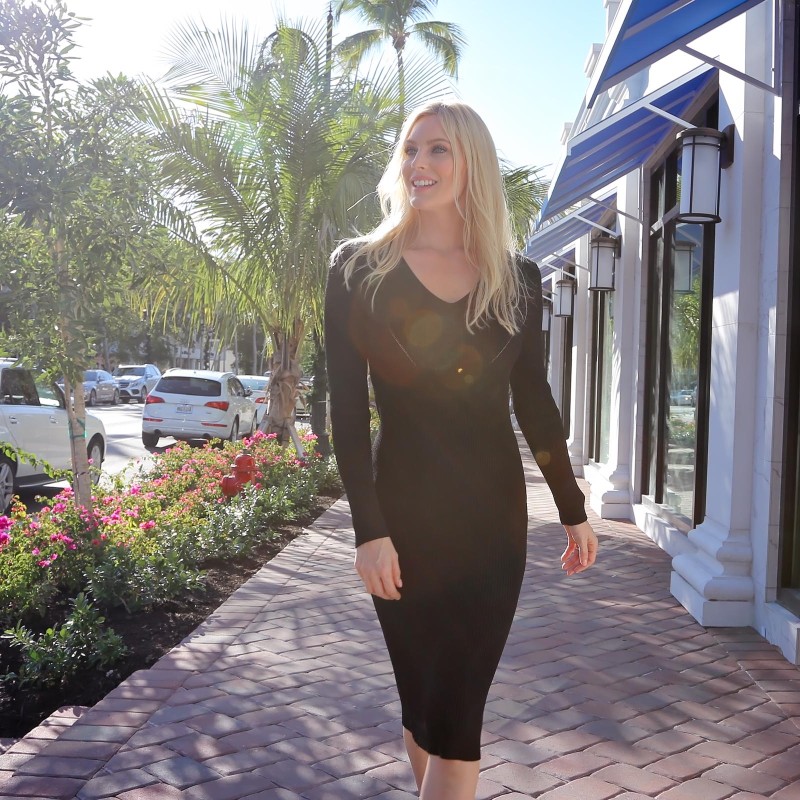 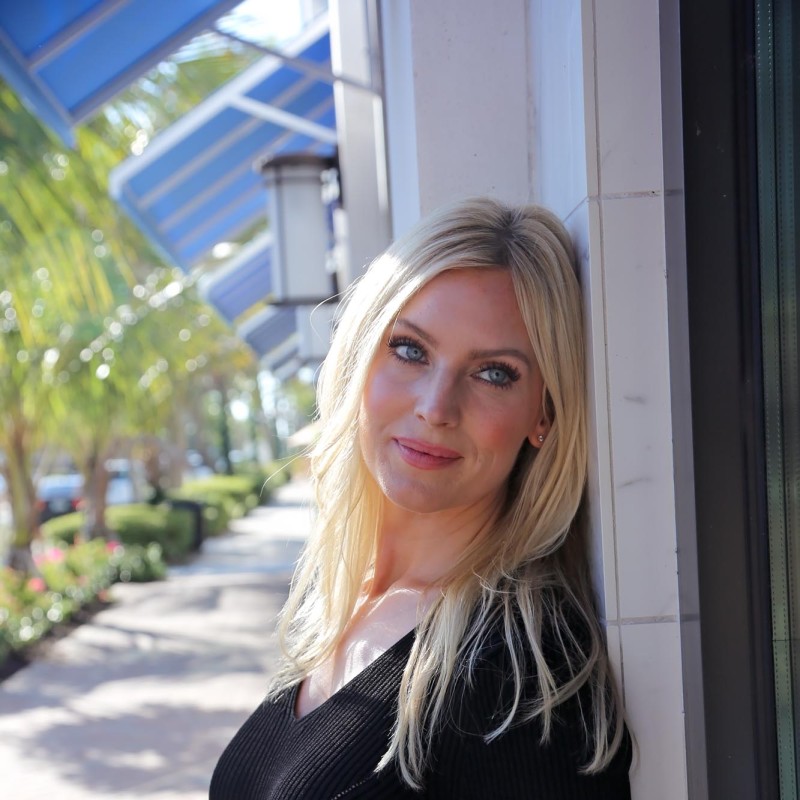 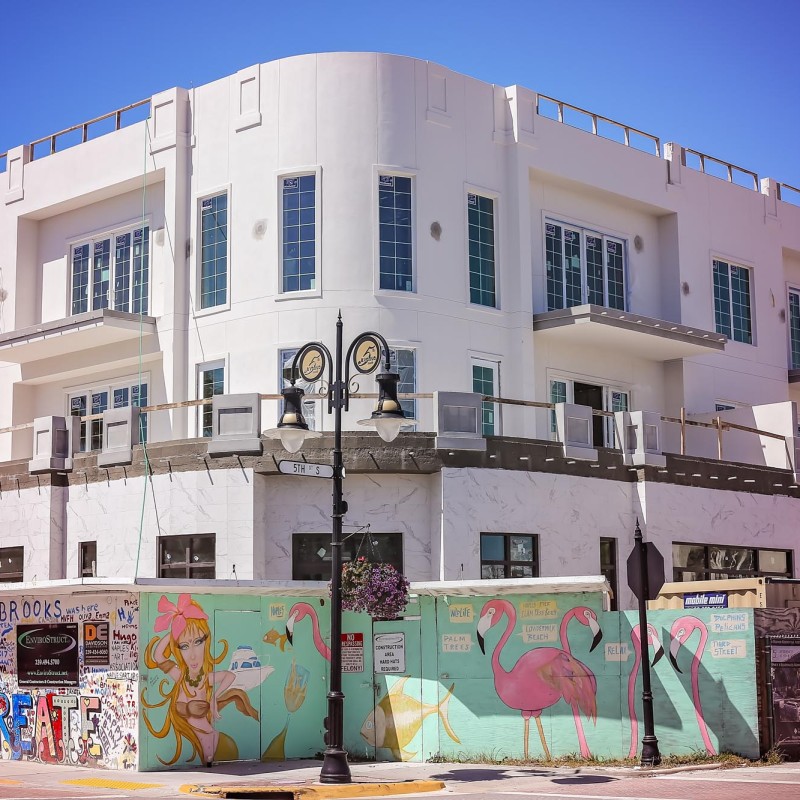