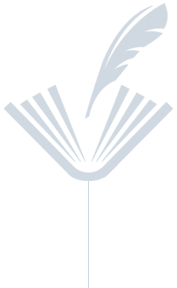 If these sidewalks could talk!

Over the decades, Fifth Avenue South has flourished and reinvented itself.

One thing that hasn’t changed is that Fifth Avenue South is still the heart and soul of Naples. The gathering and meeting place where businesses thrive, day-to-day life happens, and a vibrant nightlife is found. And where an afternoon errand may include a stop at the beach to watch a stunning sunset.

Since the 1920s, Fifth Avenue South has been Naples’ unofficial “Main Street.”

At that time, the main street consisted of a few businesses located on Fifth Avenue South about three blocks east and west of 9th Street South: Ed Frank’s Garage and his small block of shops, the Chamber of Commerce, telephone company, train depot, Jack “Doc” Prince’s Naples Liquors, a gas station, Hixon’s Sundries, and Club 41. The junction of Fifth Avenue South and 9th Street South (aka U.S. 41 and the Tamiami Trail) was known as “Four Corners,” where, in 1948, Naples’ first traffic light was installed!

In 1923, Ed Frank’s Garage near 10th Street was the first commercial building on Fifth Avenue South. The Franks lived upstairs, and Mrs. Frank would throw her table scraps to alligators in the swamp below. One of the first settlers in the area, the Frank family owned Naples’ first car dealership, and Ed invented the first swamp buggy.

On January 7, 1927, the Orange Blossom Special first rolled into the Naples Seaboard Air Line Passenger Station. The last train to leave was in 1971 when the service was discontinued. Now, fully restored to its original elegance, the building currently houses the Naples Depot Museum. The museum welcomes visitors back to the railroading boom days of the Roaring Twenties and explains how generations of Southwest Floridians used trade and travel to transform Naples into the Gulf Coast destination it is today.

Anyone familiar with Naples won’t be surprised to learn that, in the 1930s, there was a small golf course located at the end of Fifth Avenue South near the beach.

In the 1930s, there was a small golf course located at the end of Fifth Avenue South near the beach. In 1932, a plane piloted by Charles “Lucky” Lindbergh landed somewhere on those links as the Lindberghs had a retreat on Sanibel Island and would often “drop in” to pick up supplies. In the early days, Club 41 was a favorite of locals and visitors alike. According to rumor, Gary Cooper, Lawrence Tibbetts, Gertrude Lawrence, and perhaps Gloria Swanson were among the guests who frequented the Club.

Fifth Avenue South continued to flourish during the 1940s, and 1950s.

In 1949, the city’s first bank, The Bank of Naples, officially opened for business on Fifth Avenue South, catty-corner from the telephone company. Assistant cashier, Mamie Tooke, often called the “Mother of Naples,” was instrumental in teaching residents how to budget and save their money, and many of those original depositors became large landowners! In 1989, The Bank of Naples became Barnett Bank, and today is Bank of America.

A family synonymous with Naples, and with quality service opened the Sunshine Supermarket which operated at the corner of Fifth Avenue South and 7th Street for many years. Today the Wynn family still owns the property and has expanded their business holdings to include Sunshine Ace Hardware and Wynn’s Market, still a part of downtown.

By the late 1940s, downtown Naples and Fifth Avenue South were becoming not just a place for commerce, but a cultural destination as well. In 1949, the development of Cambier Park was underway. Today the park is a destination for concerts, festivals and movie nights along with providing venues for tennis, play, picnicking, and shuffleboard. Today, the park borders two world-class cultural destinations—Naples Art and the Norris Center featuring the Gulfshore Playhouse.

In 1960, Hurricane Donna struck the Gulf Coast and impacted a number of the buildings and landscape of 5th Avenue.

By the mid-1960s, 5th Avenue was making a come-back and a real estate boom was in full swing. As the late 1960s and 70s rolled around, newer more modern shopping centers were popping up on the outskirts of downtown, creating new destinations for shopping, dining and entertainment.

Fifth Avenue South continued to flourish well into the early 1990s, but felt the impacts of growth outside of downtown.

In the early 1990s, Naples’ area business owners and civic leaders recognized the importance of a cohesive plan for the Fifth Avenue South district and engaged the assistance of renowned urban planner Andrés Duany. With his guidance, an already fashionable street was transformed into Southwest Florida’s premier shopping, dining, cultural, and performing arts destination.

If these sidewalks could talk!

They would invite you to stroll up and down Fifth Avenue South under clear blue skies, stopping to shop, chat, meet a friend, and get a bite to eat. Enjoy life in Naples, as locals and visitors alike have been doing for nearly a hundred years!