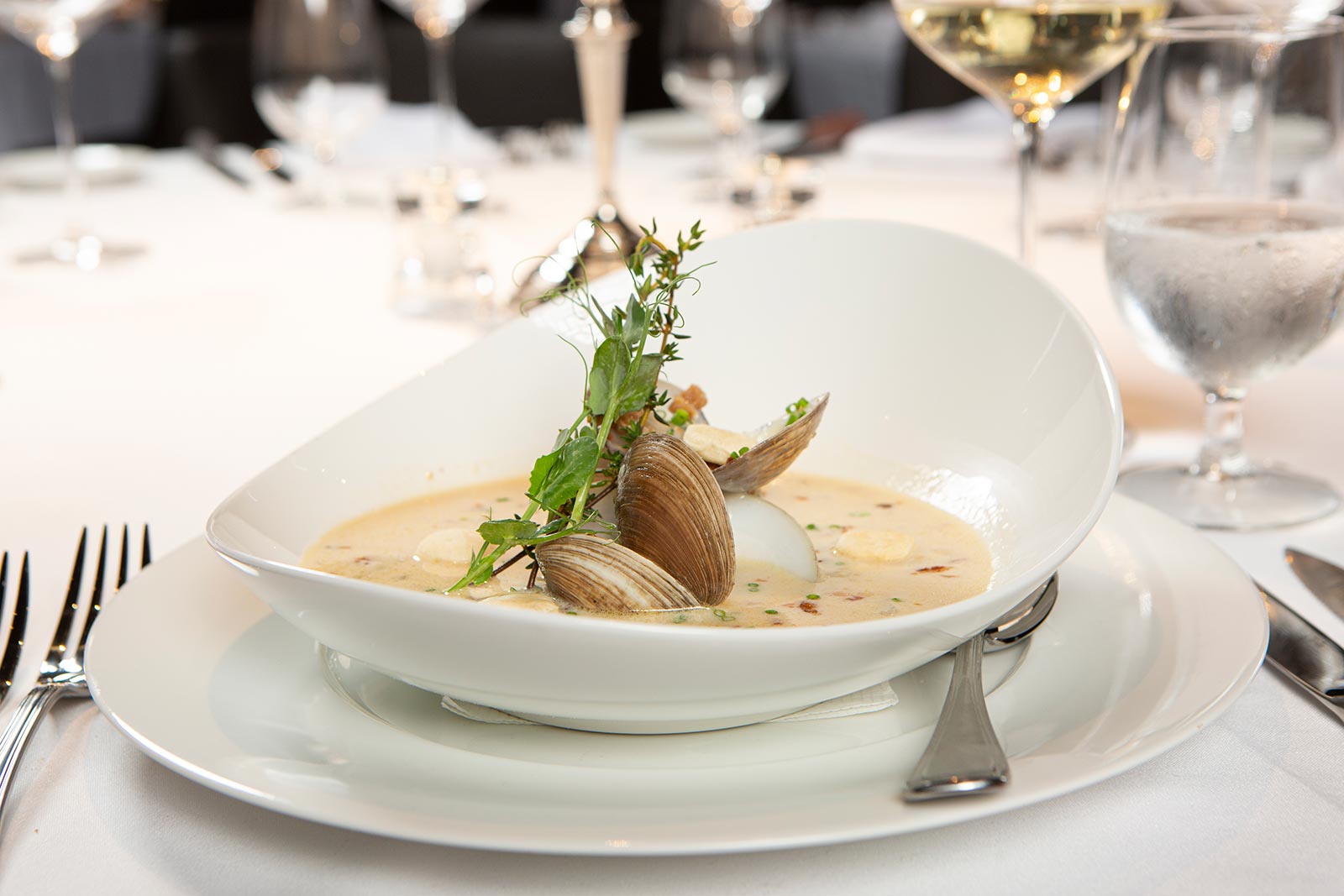 Naples, FL: (January 4, 2021) . . . “Chowder for breakfast, and chowder for dinner, and chowder for supper…” wrote novelist Herman Melville in his literary classic Moby-Dick. In fact, he devoted an entire chapter to the deliciousness of chowder. His description of the Try Pots chowder house in Nantucket where narrator Ishmael eats a nourishing meal of chowder with his travel buddy Queequeg is one perhaps one of the noteworthy narratives about food in a Great American novel.

Almost 200 years later, New England clam chowder is observed with its own national food holiday on January 21 bolstering its reputation as one of America’s most famous literary dishes.

“Chops City Grill has been making its original recipe “best-ever” New England clam chowder since opening on Fifth Avenue South in Naples in 1997,” says executive chef Jason Mattozzi. “Our clam chowder has become the menu’s must-order star – it’s an inventive take on an old classic and a dish so in-demand, it’s now a classic itself,” he adds.

“Chowder” — from an old French word chaudiére, pronounced “chowda,” meaning “pot” or “caldron” also called a chowder pot. Its history can be traced to the seacoast of Brittany where French fishermen would return home with their catches and each would contribute a part of his to la chaudiere. The variety of fish and shellfish simmered in the cauldron on the beach and the result was a hearty seafood stew which everyone shared.                For every batch of chowder, Chops’ recipe starts with a clam stock made in-house daily from the liquid that is released from 100 quahog (large) clams as they steam.  Why fresh clams? According to Chef Jason, fresh clams are briny, slightly sweet and more tender than canned clams.

Sticking with centuries of tradition, Chops uses a cured cherrywood bacon in its chowder. “The bacon imparts great flavor and provides a balance between the salinity of the clams and the stock,” explains Chef Jason, although he will not reveal the two “secret” ingredients used in Chops’ chowder recipe .  Always made to order, each bowl of chowder is finished with five freshly steamed littleneck clams, silky Yukon gold potatoes and served with oyster crackers.