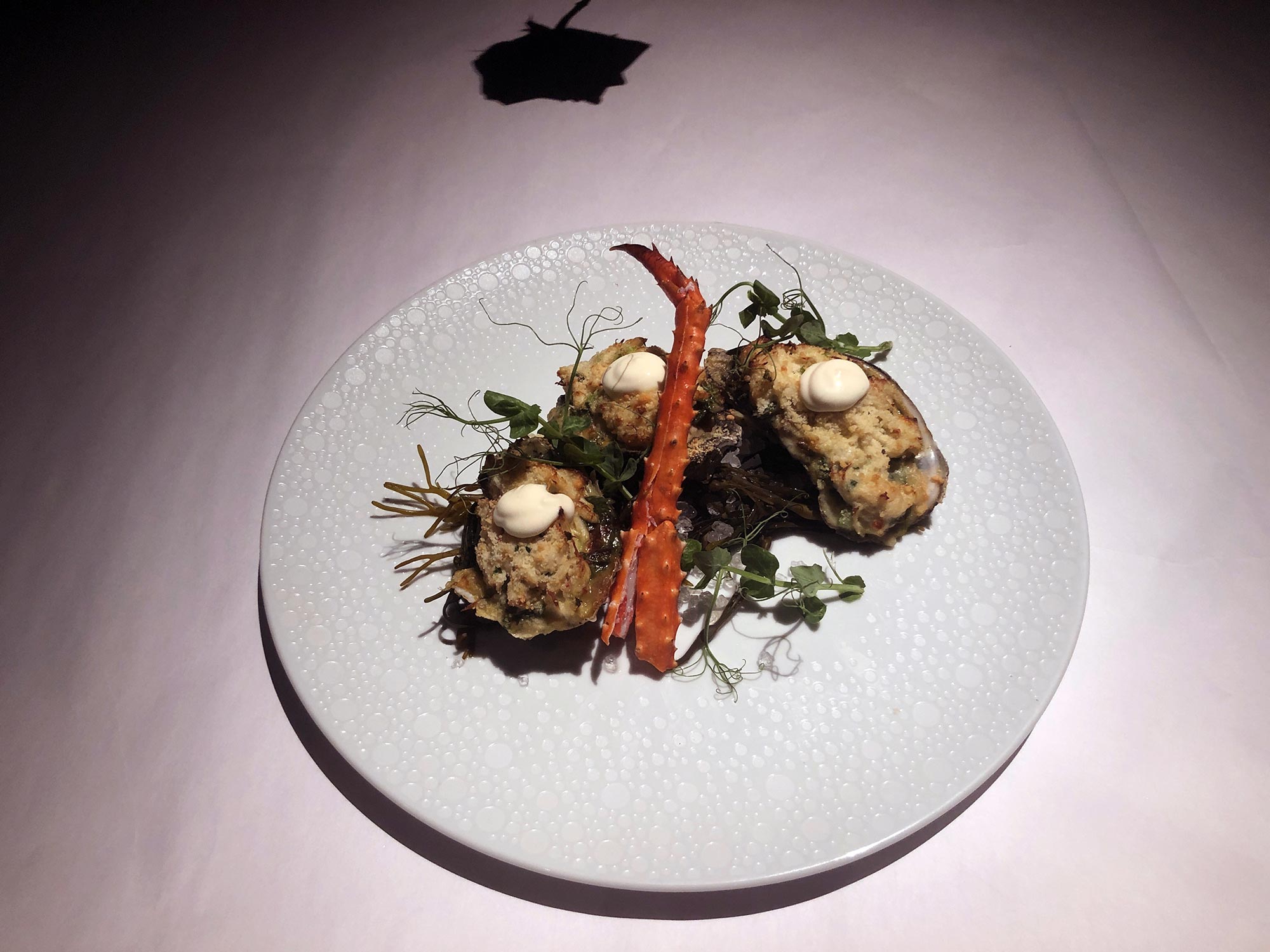 “Oysters Chopafella features three large oysters stuffed with a king crab mixture of roasted bacon, spinach and parmesan cheese baked in their shells until golden brown and bubbly,” says Chops Executive Chef Jason Mattozzi, noting the Chopafella recipe is a well-guarded secret. Oysters are dotted with a house made yuzu mustard sauce to add moisture and flavor and garnished with fresh pea tendrils, rock salt and a one oz. king crab leg. The dish exudes decadence and has been a mainstay on Chops’ dinner menu since the restaurant opened in 1997.

According to legend, the original 1899 recipe for Oysters Rockefeller was named after John D. Rockefeller, then the wealthiest American for the buttery sauce’s intense richness and the color of greenbacks.

For those guests who prefer chilled starters, Chops offers a chef’s flight of mixed coast oysters served on a platter (the French say, “plateau de couqillages”) with house made cocktail sauce, citrus and Tabasco, atop shaved ice with a cucumber vodka mignonette. Additional chilled oyster cocktails include a shrimp and oyster pairing served with and without Alaskan king crab and an impressive three-tier display of shrimp, oysters, Alaskan king crab and a whole Maine lobster decoratively garnished with horseradish foam to give the look of sea foam washing up on the beach.

Oysters varieties change over the course of the year, month or week and there are big differences between east coast and west coast oysters, explains Chef Jason.  He says that east coast oysters tend to be larger, chewier and saltier, and grow in flat shells. Favorite varieties include Wiannos which are sustainably harvested by hand in Cape Cod; Canadian Stellar Bay oysters and Cape May Salt oysters from Delaware are both salty and large farm raised oysters; and Beau Soleils are farmed in floating trays in Miramichi Bay, New Brunswick where oysters are suspended just below the surface and gently jostled by the waves — they never touch the seafloor.

West coast oysters, like those from Totten Inlet, Washington State, are creamier and plumper thanks to their deep, beautifully ridged, cup-like shells. Totten’s signature melon and seaweed flavors and Pacific Shigoku (“ultimate” in Japanese) are sweet with a briny flavor.