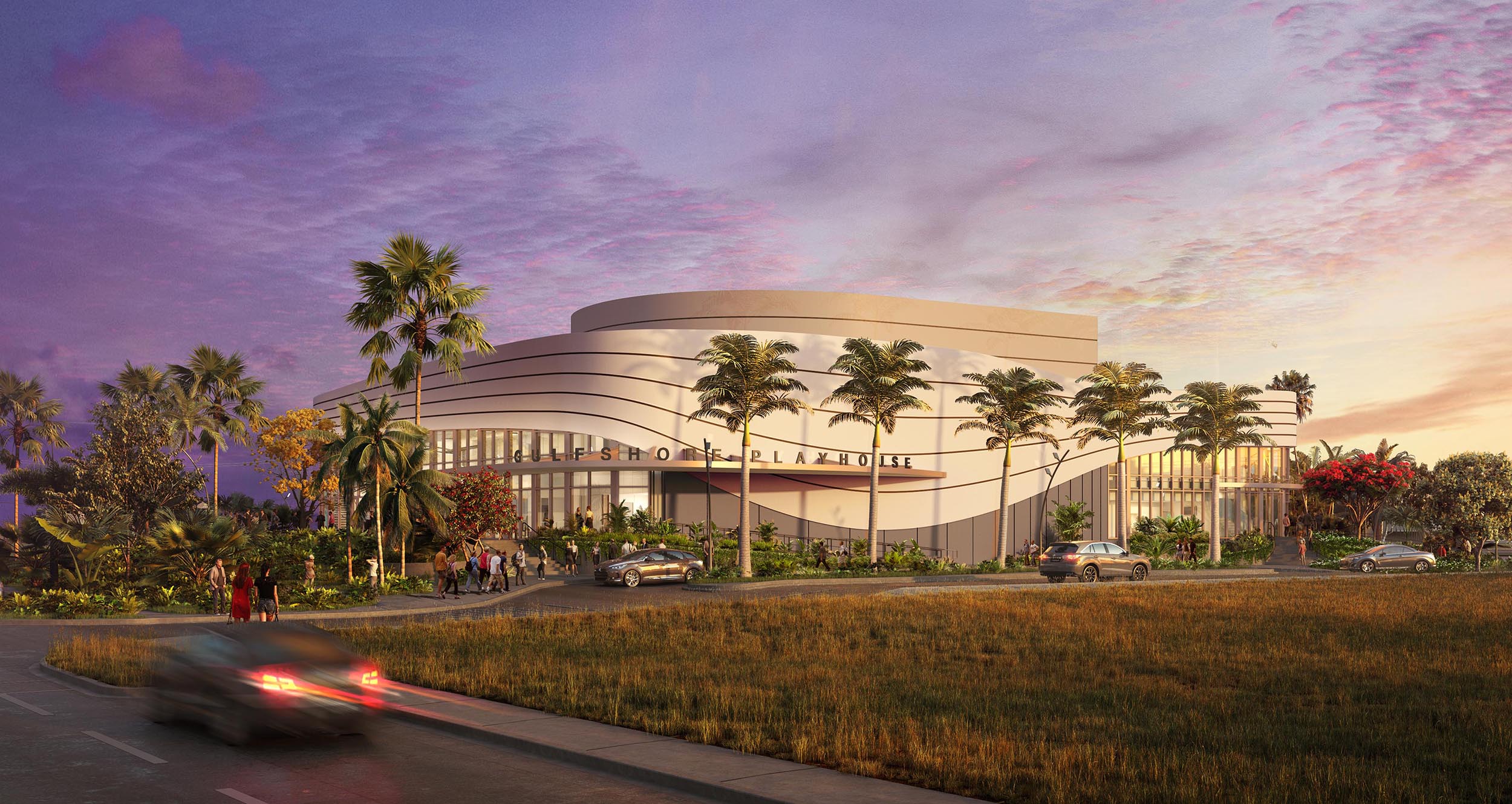 NAPLES, Fla. (Sept. 21, 2020) – Gulfshore Playhouse, Naples’ premier professional theater is forging ahead with record progress on its new Cultural Campus thanks to the support of local Neapolitans and business leaders.

A bipartisan group known as the East of 41 Coalition, led by Naples resident and business owner Michael Wynn, has formed to demonstrate support for the Naples Community Redevelopment Agency to accept Gulfshore Playhouse’s valuable land donation offer for a municipal parking garage on First Avenue South that would not only support programming at the theater, but serve various retailers, restaurants and shops.

The growing group of coalition members recognizes the new cultural campus will help establish a vibrant destination district that will benefit existing and future businesses.

“With the theater’s plans to create a unique cultural landmark and their valuable donation of land for a new municipal parking garage, we have the opportunity to guarantee transformational change in the area surrounding Naples Square, the Collective, and the Design District,” said Wynn. “A garage at this location will also help the city fully realize the potential of its newest jewel, Baker Park, which has limited onsite parking. We are proud to lend our support to this effort and to the exciting redevelopment that the Gulfshore Playhouse project will inspire.”

The theater’s location, situated at the corner of 1st Avenue South and Goodlette-Frank Road, also supports the City of Naples’ redevelopment plans for the East of 41 downtown area. Destined to be an iconic landmark at the gateway to downtown Naples, the new Baker Theatre and Education Center on the Gulfshore Playhouse Cultural Campus will feature two new state-of-the-art theaters – a 350-seat Mainstage Theatre and a 125-seat Studio Theatre – and spur more than $20 million annually in anticipated economic activity within the City.

“We have invested the time, talent and resources to ensure the new Gulfshore Playhouse Cultural Campus not only provides an unforgettable experience for theater lovers to experience Broadway-quality theater right here in Naples, but also serves as a catalyst for the dynamic redevelopment occurring in the downtown area,” said Kristen Coury, founder and producing artistic director for Gulfshore Playhouse. “We are looking well beyond our own future but also to the future of our community whose lives would be enhanced by the vibrancy and economic health of a bustling cultural campus East of 41.”

Naples Square resident and prominent art collector Anthony Petullo has also committed his public support for the new theater and education center with a $250,000 gift for the Garden Lounge at the new building, scheduled to break ground early 2021. 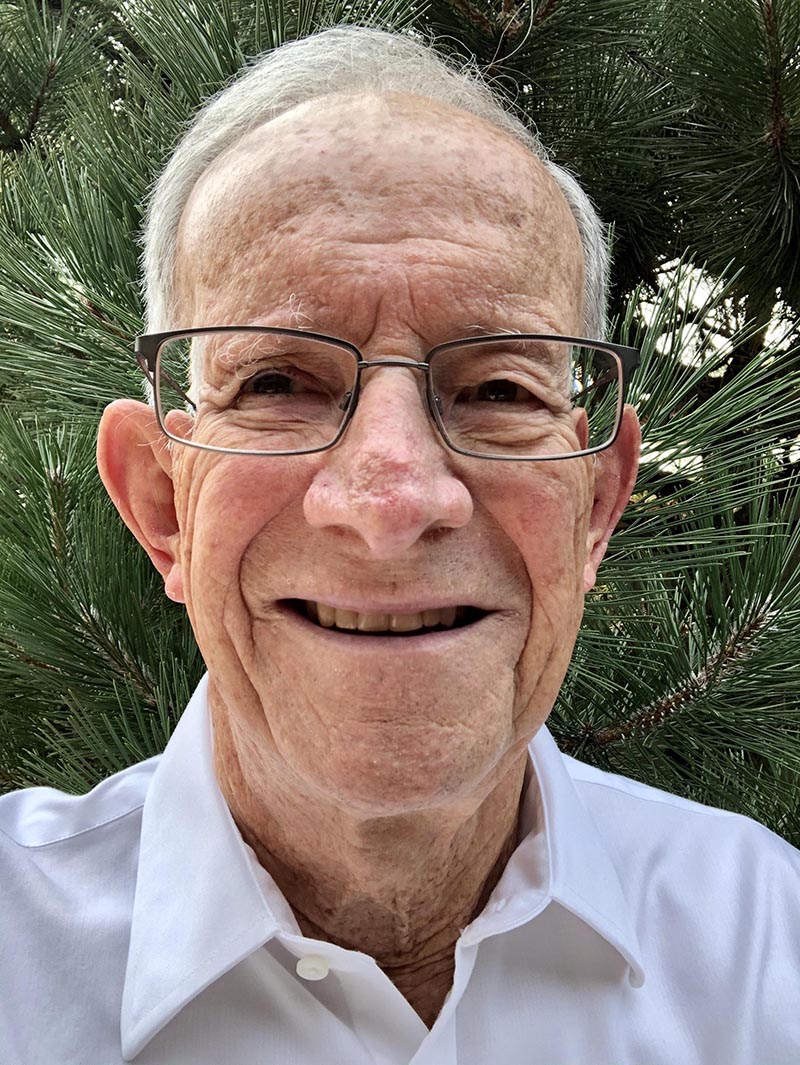 “As an art collector, I’ve had the pleasure of curating pieces considered rare, inspiring, and inventive; pieces that push the boundaries of our imaginations,” said Petullo. “When I discovered Gulfshore Playhouse, I found they possessed these same qualities, and were destined to leave a legacy on our hearts, minds and culture that was priceless. The opportunity to be a part of their future was one we couldn’t miss out on.”

Petullo, along with his wife Beverly Trier, have provided generous financial support over the years to educational institutions, museums, and civic organizations. Petullo currently serves on the scholarship and faculty endowment council at the University of Illinois, and is a 25-year Trustee with the Milwaukee Art Museum. While serving on the board of the renowned Milwaukee Repertory Theater, Petullo spurred fundraising efforts for the Patty & Jay Baker Theater Complex, which holds three diverse performance spaces.

“What we created in Milwaukee was truly special, and allowed for the blossoming of our community through good quality theater,” added Petullo. “We hope to recreate that magic in Naples and welcome our friends, associates and neighbors at Naples Square in joining us in creating something that feels right, provides opportunities for our youth to learn and build confidence, and cultivates connections that are desperately needed during this time.”

Throughout the summer, Gulfshore Playhouse also made record progress on the design of the new building, completing nearly 100% of the Construction Documents phase. In addition to finalizing the most important aspects of the building’s design, materials, colors, finishes and furniture, the organization recently revealed a new 3D virtual tour. The immersive video takes visitors through the 40,000-square-foot complex and features new fly-through imagery of the welcoming Grand Lobby, Bar and Café, Mainstage and Studio Theatres, rehearsal spaces – available for special events and rentals – and the outdoor Rooftop Terrace.

Designed by renowned architectural firm H3/Arquitectonica under the creative direction of Bernardo Fort-Brescia, the cultural campus will showcase a state-of-the-art proscenium-style theater, where large-cast musicals, classics and world premiere comedies and dramas will be presented on a grand stage equivalent to the size and scale of a Broadway theater.

The new theater will also feature a second, more intimate, Studio Theatre where a diverse array of programming from edgier new works to Theatre for Young Audiences will be produced, as well as performances by students from the Gulfshore Playhouse Education programs. The dedicated education wing’s classrooms and rehearsal spaces will host activities accessible to students of all ages and socioeconomic backgrounds. Several of the larger spaces will be available for rental to host parties, meetings and small affairs.

For more information about The Next Stage Capital Campaign and fundraising efforts, contact Chief Advancement Officer Kimberly Dye at 239-261-PLAY (7529) ext. 203 or kdye@gulfshoreplayhouse.org.

The work of Gulfshore Playhouse is inspired by a belief in the magic of theater to expand the imagination, challenge the senses, provoke discussion, and revitalize in audiences an understanding of their common humanity. This belief drives the care with which Gulfshore Playhouse treats its artists, audiences, students, staff and members of the greater community. Its Board is deeply committed to excellence in theater and to enriching even further the cultural quality of Naples and the region.