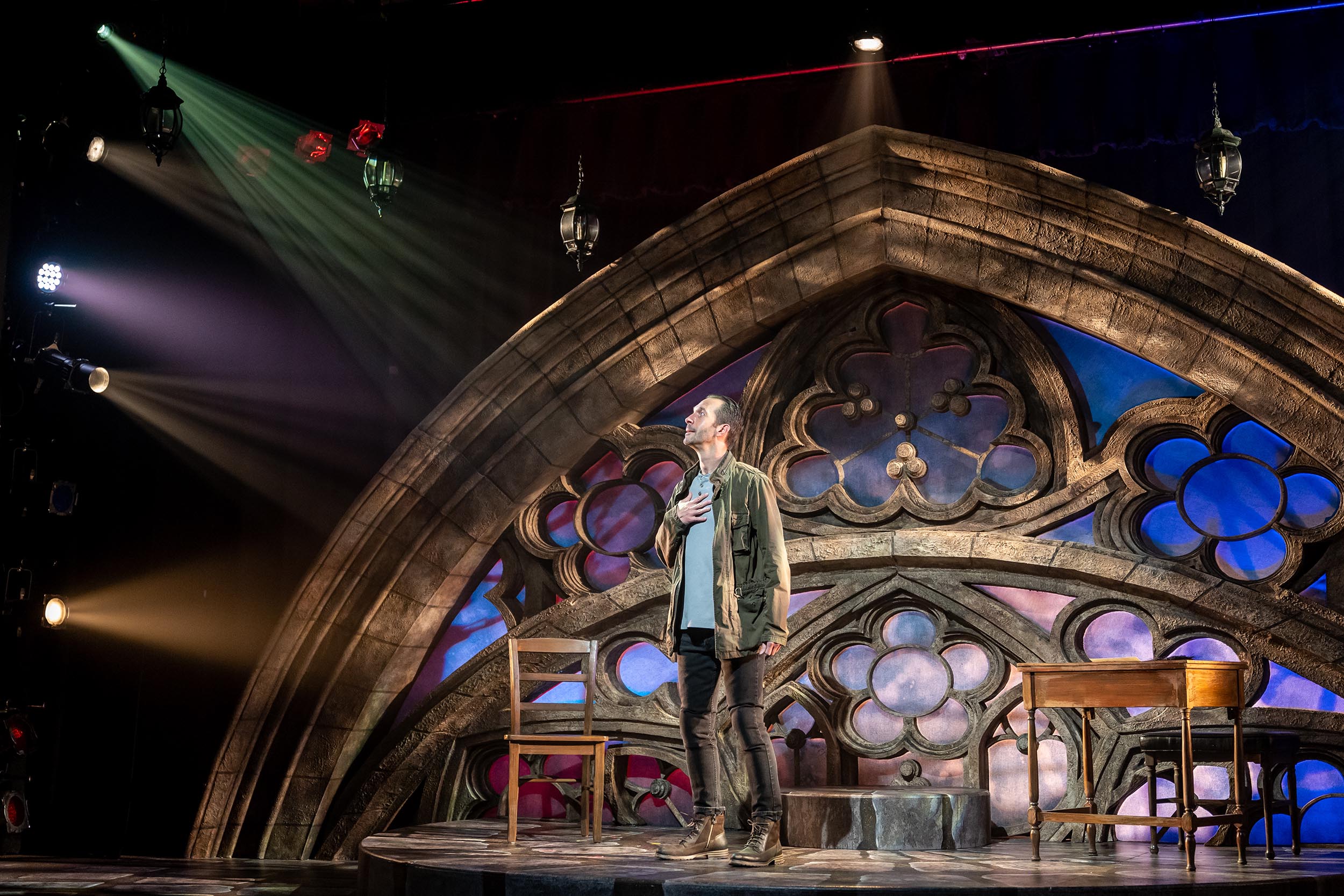 NAPLES, Fla. (Dec. 3, 2020) – Gulfshore Playhouse, Naples’ premier professional theater, is excited to announce “Higher,” its first show of the 2020-21 season, will go global. This new one-man show created right here in Naples will stream everywhere, allowing audiences all over the world to enjoy the world premiere production. The filmed production will be available for viewing Dec. 15, 2020 to Jan. 15, 2021. Pre-sale tickets are $50 and can be purchased today.

“This is the first time we’ve filmed and digitally streamed a show,” said Kristen Coury, founder and producing artistic director of Gulfshore Playhouse. “While it’s not the way we’ve normally done things, it does provide an opportunity to expand access to the arts, which is something we’re committed to doing. We think it’s a wonderful thing that anyone will be able to experience ‘Higher’, no matter where they live.”

Written by and starring Broadway star Jeffrey Binder, associate artistic director of Gulfshore Playhouse, “Higher” was originally created as a one-man show that would allow for strict safety protocols.

“Jeffrey is an incredibly gifted actor. To see him bring this important story to life with an immense amount of honesty, beauty and talent is something audiences won’t want to miss,” said Coury. “And, importantly, the themes of the story: finding hope and inspiration amidst heartbreak, discovering faith and purpose, and finding connection in the most unexpected places – are all ones we can all relate to in these uncertain times.” 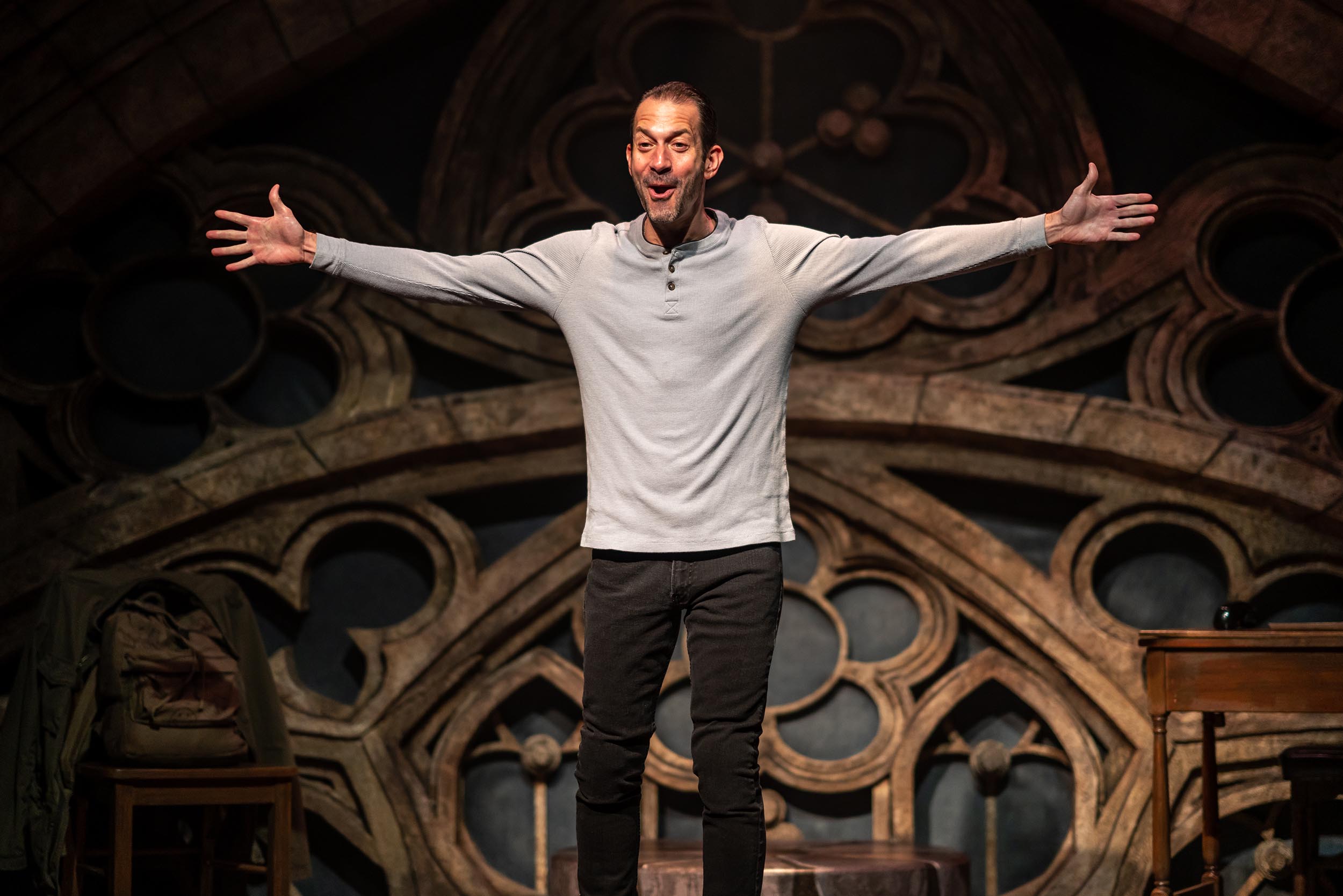 The story was inspired by the time Binder went to Prague in the late 1990s. The play interweaves the story of his visit to Prague and his father’s diagnosis of cancer with the story of a master architect in the midst of building a historic cathedral during the 1400s. Binder plays a wanderer, the master architect, the archangel Michael, among a dozen other characters.

“The two stories are about these crises of faith, or what it means to be an artist. It combines the story of this master architect and me in my 20s experiencing this magical city filled with ghosts, saints and whispers of the past,” he said.

Heartfelt emotion, passion and dramatic visual imagery bring this story to life elevated by a myriad of sound effects and lighting. The show is directed by Coury, who had hoped to welcome live audiences this Fall to see “Higher” performed on stage. Unfortunately, the Actors’ Equity Association, which governs professional U.S. theaters such as Gulfshore Playhouse, has not provided any Equity theaters in Florida with clearance to proceed with live shows.

According to information provided to Gulfshore Playhouse by the labor union, which represents more than 51,000 professional actors and stage managers across the country, Equity won’t sign off on performances until Florida’s daily COVID-19 case rate falls to a level it finds acceptable. At this point, Gulfshore Playhouse lacks clarity from Equity as to how long the theater will have to wait until it gets the green light. 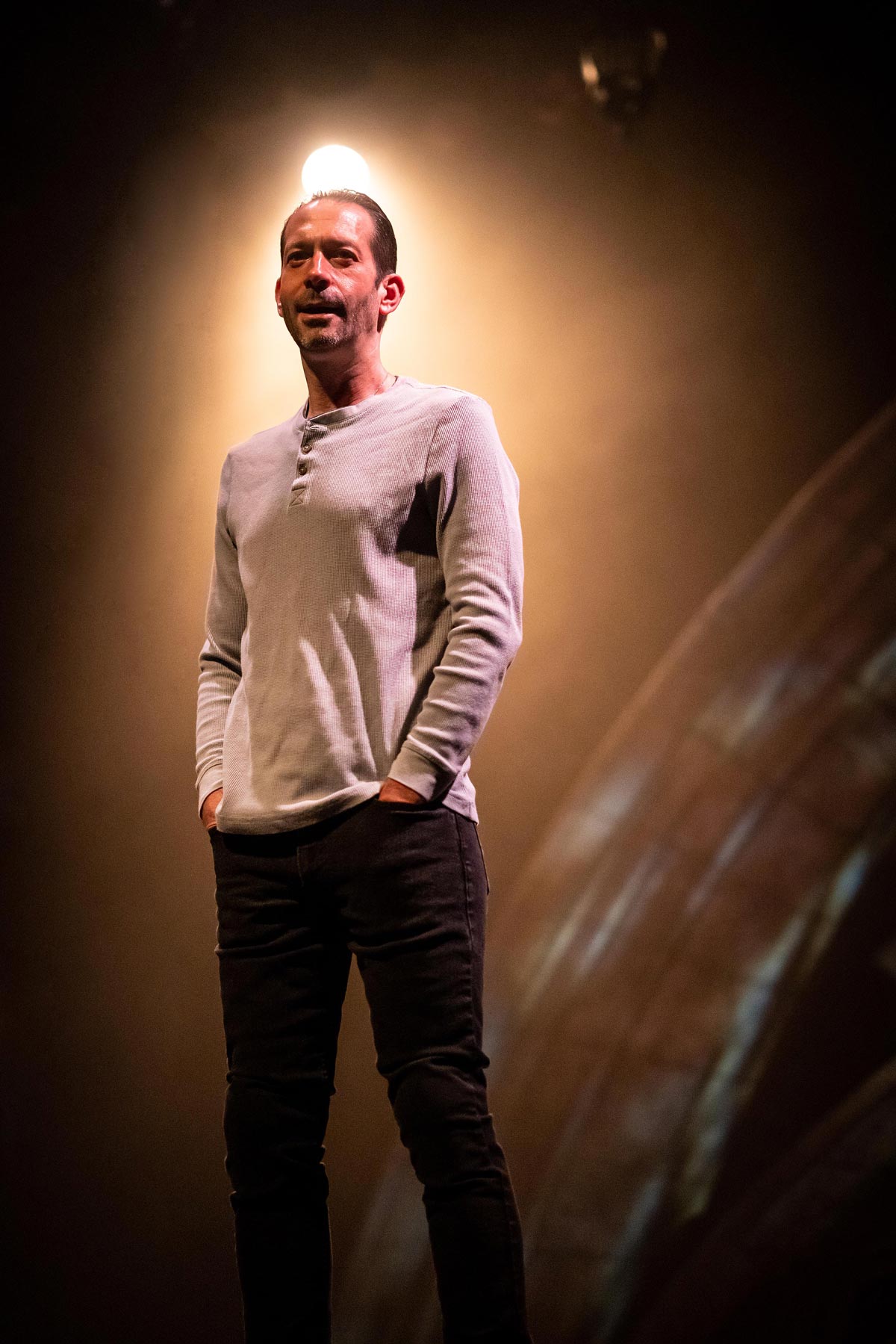 “It’s disappointing,” said Coury. “But we’re going to keep doing everything we can to meet safety requirements so that we can welcome audiences back as soon as possible. In the meantime, we’re certainly not going to let this pandemic destroy our theatre industry and sit by while our doors are forced close. If anything, it’s given us the opportunity to reach beyond Naples to share this world premiere powerful production.”

Binder has appeared in numerous Gulfshore Playhouse productions, including another one-man production, “An Illiad,” heralded as one of the “Best of” performances from the 2018-19 season, along with “The Mystery of Irma Vep,” “Merchant of Venice,” “Hound of the Baskervilles,” “My Fair Lady,” and “An Enemy of the People.” Binder’s Broadway credits include 10 years as Zazu in “The Lion King” and George Banks in the hit musical “Mary Poppins,” both performed at the New Amsterdam Theatre on 42nd Street. New York credits also include “The Lieutenant of Inishmore” by Martin McDonagh and “Side Man” by Warren Leight.

Pre-sale tickets for the streaming production of “Higher” can be secured at www.GulfshorePlayhouse.org. Visitors will be re-directed to the streaming platform and required to enter password “Gulfshore” (case-sensitive) for pre-sale access and to finalize purchase. The performance link will be provided through a password-protected link, available for viewing for a limited time. Anyone who had previously purchased a ticket for the show will receive the link as soon as it is available.

Gulfshore Playhouse will also provide the viewing link free of charge to Collier County Public Schools. “Theater education is a crucial part of our mission at Gulfshore Playhouse,” said Coury. “Now, more than ever, the arts are a way we can come together and understand our commonalities.”