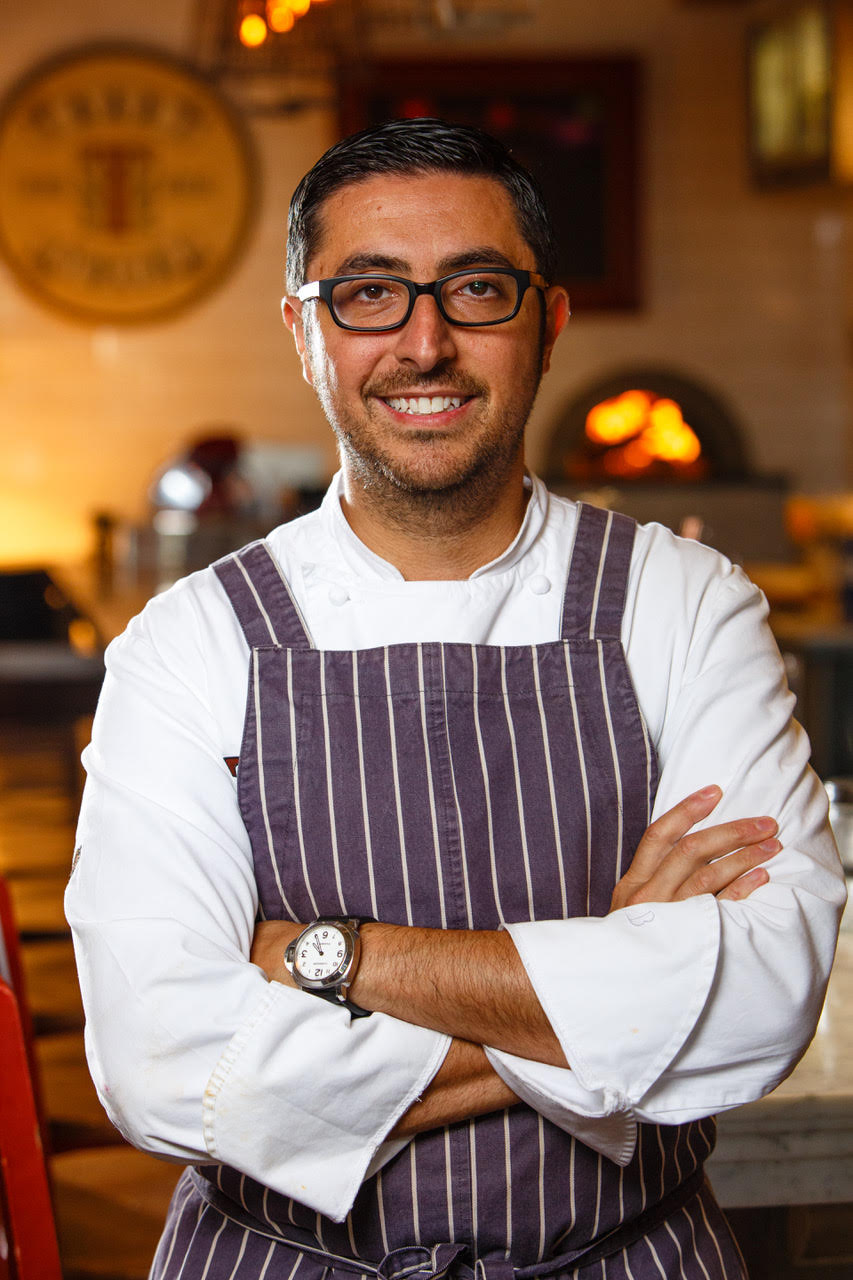 Naples, FL: (January 21, 2020) . . . Owner/chef Vincenzo Betulia of the award-winning The French Restaurant on 5th Avenue South in Naples, a devoted advocate for sustainable seafood, is also dedicated to educating the public on the effects of the red tide organism and eating Florida seafood.

Today, he unveiled a sumptuous four-course, Florida-seafood-only menu he crafted that will be served Thursday, January 30, 2020 at his restaurant during a special fundraising dinner with guest speaker Dr. Leanne Flewelling from the HAB (Harmful Algal Bloom) Task Force.

“We have a commitment to water quality and our environment,” says Betulia, adding Florida crabs, shrimp, scallops and lobsters, are not affected by the red tide organism and are fine to eat. He cites recent reports from the FWC, that the red tide bloom extends 20 to 30 miles offshore, and most commercial gulf species, including snapper and grouper, are caught 80 to 100 miles out from the shore, meaning they are not at all impacted by the red tide.

Dr. Flewelling will update strategies to research, monitor, control and mitigate red tide and other harmful algal blooms in Florida waters. She is the Ecosystem Assessment and Restoration Section Leader for the Florida Fish and Wildlife Conservation Commission’s Fish and Wildlife Research Institute, directing research groups focused on harmful algal blooms, fish and wildlife health, and Florida’s diverse terrestrial and aquatic habitats. She earned her M.S. in Environmental Sciences from the University of Massachusetts and her Ph.D. in Marine Science from the University of South Florida.

Dr. Flewelling is one of 11 expert researchers and leading scientists to the recently re-organized Red Tide Task Force that was established in 1999 to addresses the issues of health, environment and economic impacts from HABs in Florida and reactivated under the direction of Governor DeSantis in 2019. The Red Tide Task Force focuses on the causes of red tide and supported by FWC’s Center for Red Tide Research, which received $4.8 million in the budget.

She began her career with FWC-FWRI in the Harmful Algal Bloom program more than 20 years ago and has authored or co-authored 49 scientific papers and 4 book chapters related to HABs. From 2007 to 2010, she served as the Administrator for the FWC Red Tide Control and Mitigation Grant Program. In her time at FWC-FWRI, she has developed the agency’s analytical capabilities for bio toxin detection and expanded the diversity of bio toxins that the state monitors. She also oversees regulatory shellfish sample analyses for algal bio toxins in support of shellfish management and conducts and collaborates on research projects focused on the production of algal toxins by multiple species of phytoplankton found in Florida waters, the fate and persistence of algal toxins in the environment, and their impacts on fish and wildlife.

Red tide blooms have been documented along Florida’s Gulf coast since the 1840s, and recently Florida experienced one of its most severe red tide blooms on record. Over the course of 16 months, from November of 2017 until February of 2019, this Red Tide event was recorded as the fifth longest since 1953, and the first since 2007 to impact Florida’s southwest, northwest, and east coasts simultaneously.

The French Restaurant is located at 365 Fifth Avenue South in Naples. The HAB dinner begins at 7:30 pm and costs $75/person. Reservations are recommended by calling (239) 315-4019. Visit website