Growing with The Naples Players 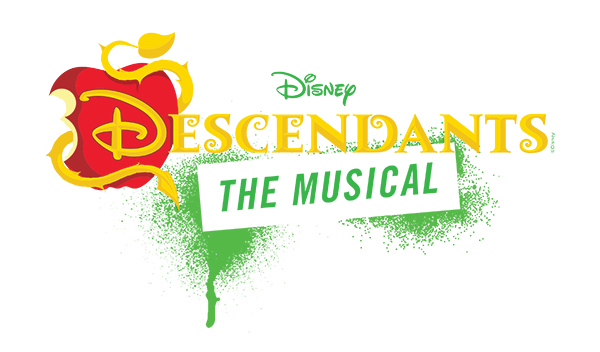 Growing Up is No Easy Task!
TNP’s KidzAct Program is Teaching Students Life and Performance Skills

As we wrap up the KidzAct productions of Disney’s The Descendants and Shakespeare’s Twelfth Night, we’d like to take a moment to reflect on our amazing group of young artists.

These students invest their time and energy into honing their craft with our trusted instructors. Through relationship building, individual expression, and the confidence to be in the spotlight, students in Arts Education build life-long skills that serve them in whatever career they may choose.

We’re proud to help students learn to be their best selves, telling important stories on and off-stage. Recently, we spoke to one of our KidzAct performers, Chiara Padejka, to find out more about her individual experience at TNP and her ambitions looking forward.

Mature beyond her years, 18-year-old Chiara has no problem jumping between Shakespeare’s Twelfth Night with a student cast and Wilde’s An Ideal Husband with an adult cast.  By: Lauren Speirs

Chiara comes to TNP by way of Brooklyn where she studied at the Lee Strasberg Institute.  Her performing career started with ballet dancing and she studied at Steps on Broadway in Manhattan.

Chiara knew she didn’t want to be a professional ballerina.  She loved living in the moment and drawing from the story but the technical demands of dance were not something she was passionate about.  She remembers being in a dress rehearsal for a ballet performance and the director of the program came in to watch.  The director said “Everyone’s great on the technique but Chiara’s doing something different.”

From there she became more invested in acting and started studying with Katie Capello (writer of Netflix’s new Grand Army).  From Katie’s work, she found a sense of female empowerment and a depiction of how women are portrayed in society.  In NYC, Chiara also started studying Tennessee Williams and found a strong foundation in classical works.

She was then fortunate enough to study in the UK at the British American Drama Academy which offers two different programs to study with British theater professionals.  Here, Chiara studied voice, movement, accents, and dialects.  She had the opportunity to watch performances at The Globe and The Royal Shakespeare Company. “It was a wonderful experience to not only work on our craft but also learn what life as an actor is like and what that entails.”

Chiara’s introduction to The Naples Players was a bit of a blur! Her mom called her and said “They’re having auditions today, can you think of something fast and come here?”  to which Chiara responded, “Ugh Okay I’ll come, but nothing will come of it.”  She did the audition and a few days later got a call to be in The Sound of Music.  “From there, one thing led to another and I got other opportunities so…Thanks Mom!”

Chiara’s grateful she stumbled across The Naples Players last year. “What I love about TNP is that there’s so many ages, so many different backgrounds, and so many different stories.  Some people have never done a play.  Someone in Twelfth Night has never done Shakespeare and they originally thought it would be boring.”  On the other hand, “there are immensely experienced actors who are doing this for fulfillment outside their normal job.  This is a whole entire troupe of people who just want to share that; and everyone here is really warm.”

As a child, Chiara knew she wanted to be an actress when she saw Cate Blanchett in an Anton Chekhov play.  “Chekhov is really long and difficult to understand.  I skipped swimming practice to watch the whole play.  I was so captivated by Cate, she’s such an amazing actress.  She’s really the reason I wanted to pursue acting afterwards.”  However, Chiara “didn’t do the whole child actor thing.  I just decided to focus on my training and pursue it as an adult.  My parents are very adimate about me pursuing my education and just having a childhood. You need life experience for authenticity on stage.  Training and gaining experience is what I’m most focused on.  Also, maybe it’s from dance, but I learn so much from observing and watching.”

As far as the future beyond The Naples Players goes, Chiara’s done a bit of television work and is always looking for projects.  “I always loved movies ever since I was little, that’s definitely where I want to wind up. I’d like to be in 10 movies.  One from every genre I can think of: historical, thriller, sci-fi, drama, romantic comedy, etc.  I based the model off of Quentin Tarantino (who said he’ll make 10 movies).”

It’s evident how appreciative Chiara is to follow her passion and have the support of her family behind all of her acting endeavors. “My parents love theatre and dance.  My Dad loves music.  Everyone in my family would pursue something artistic if they had the chance.  I’m really grateful that I get to pursue this for them as well as for me.”

Interested in learning about acting and joining the TNP Family?  There are many resources available to you or your children at The Naples Players.  From Readers Theatre to KidzAct, we’ve got you covered.  Find more information about Adult Classes here and KidzAct here.