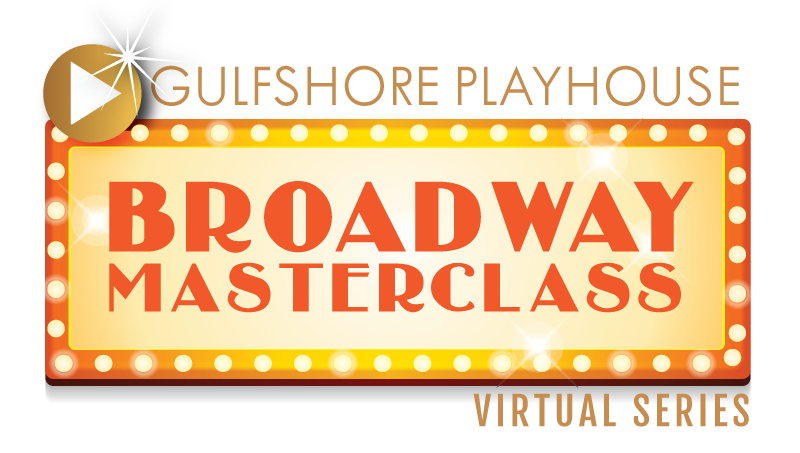 NAPLES, Fla. (July 27, 2020) – Gulfshore Playhouse, Naples’ premier professional theater, is continuing its Broadway Masterclass Virtual Series through August. The Masterclass Series will be offered Mondays and Wednesdays at 5 p.m., and gives participants the opportunity to receive direct training from professional theater artists. Whether looking to hone a skill or desiring a creative outlet to the day, sessions are catered to participants at any experience level, and recommended for ages 12 and above.

Limited participant spots are available for each masterclass, which will include live feedback and Q&A from the instructors. The immersive program is spearheaded by Gulfshore Playhouse Director of Education, Steven Calakos. The line-up includes:

Masterclass tuition is $30 per class, and can be purchased at https://www.gulfshoreplayhouse.org/broadway-masterclass-virtual-series/.