Gulfshore Playhouse Education announces tickets on sale for one of the most hilarious and popular children’s tales, “Junie B. Jones Jr. – The Musical” 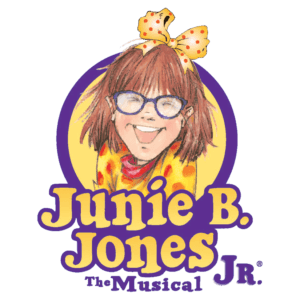 NAPLES, Fla. (June 17, 2021) – Summer is here and Gulfshore Playhouse Education’s STAR Academy is bringing to life a fun and entertaining student musical perfect for the entire family. “Junie B. Jones Jr. – The Musical,” based on the Broadway adaptation of author Barbara Park’s best-selling book series about the fun-loving Junie B. Jones, tells the tale of the adventurous character as she begins first grade. Facing many exciting changes, Junie befriends Herb, one of the new kids in school, discovers she may need glasses, and plays in a sporty kickball tournament.

“Junie B. Jones Jr. – The Musical” is being directed by Dann Dunn, an accomplished director, performer, teacher, and choreographer. Director and choreography highlights include “The Music Man,” “Mame,” “Hello Dolly,” “Hairspray,” and more.  Dunn’s choreography has been recognized nationally in the dance competition circuit as well as performed on many stages across the U.S.

Serving as the Music Director, Lisa Federico is a longtime Naples resident and music teacher with the Collier County Public Schools. Federico has performed in many productions with roles in “South Pacific”, “Beauty and The Beast”, “Oliver”, “The Great American Trailer Park Musical”, and “P.T. Barnum.”  Allison Scott, a graduate of Marymount Manhattan College with more than 10 years of experience dancing, choreographing, teaching and performing in New York, will choreograph “Junie B. Jones.”

Performed by students ages 8 to 13, “Junie B. Jones Jr.  – The Musical” is being produced as part of Gulfshore Playhouse Education’s STAR Academy summer programs. The STAR Academy offers the best theatre training in town for both students who are looking to get their first experience on stage and more seasoned actors who hope to strengthen their skills. The program also provides students with the opportunity to learn from professional teaching artists, while making lifelong memories and friendships.

“Not only do students gain experience in acting, singing and dancing, but our summer camps instill confidence, creativity, and collaboration among our young leaders of tomorrow while sharpening skills in the performing arts,” said Gulfshore Playhouse Director of Education, Steven Calakos. “It’s been amazing watching these kids bloom, and ‘Junie B. Jones’ will be a fun way for them to show off their talents while also giving families and friends a great way to get together and celebrate the summer.”

Evening performances for “Junie B. Jones – The Musical” will take place July 8 and 9 at 7:30 p.m. Gulfshore Playhouse Education’s STAR Academy will also produce another student production this summer, “Grease”, on Aug. 5 through 8. Tickets are just $20 for both productions and can be purchased at www.GulfshorePlayhouse.org.

Future student productions also include “Annie” in December and “Clue” next spring.

Individual tickets and Season Flex Passes are also on sale now for the 2021-22 mainstage season. This fall, Gulfshore Playhouse will present a Broadway Cabaret Series featuring Grammy and Emmy Award–winning performer John McDaniel as master of ceremonies for three performances as well as create five, world-class professional productions. From venerated works written by Tony and Pulitzer-winning playwrights August Wilson and Ayad Akhtar, to fresh new plays “Higher” and “Another Revolution,” to a beloved Tony-winning comedy, the 2021-22 season will offer thrills, laughter and mysteries that will entertain and delight Naples audiences. Season Flex Passes, available in quantities of 6, 8 or 10, can be used at any time for any show.

Gulfshore Playhouse is passionately committed to enriching the cultural landscape of our region by producing professional theatre to the highest artistic standards and providing unique educational opportunities to diverse groups of people in a spirit of service, adventure, and excitement. Inspired by a belief in the magic of theatre to expand the imagination, Gulfshore Playhouse is dedicated to creating productions that challenge the senses, provoke discussion, and revitalize in its audiences an understanding of our common humanity. This belief drives the care with which Gulfshore Playhouse treats its artists, audiences, students, staff, and members of the greater community.