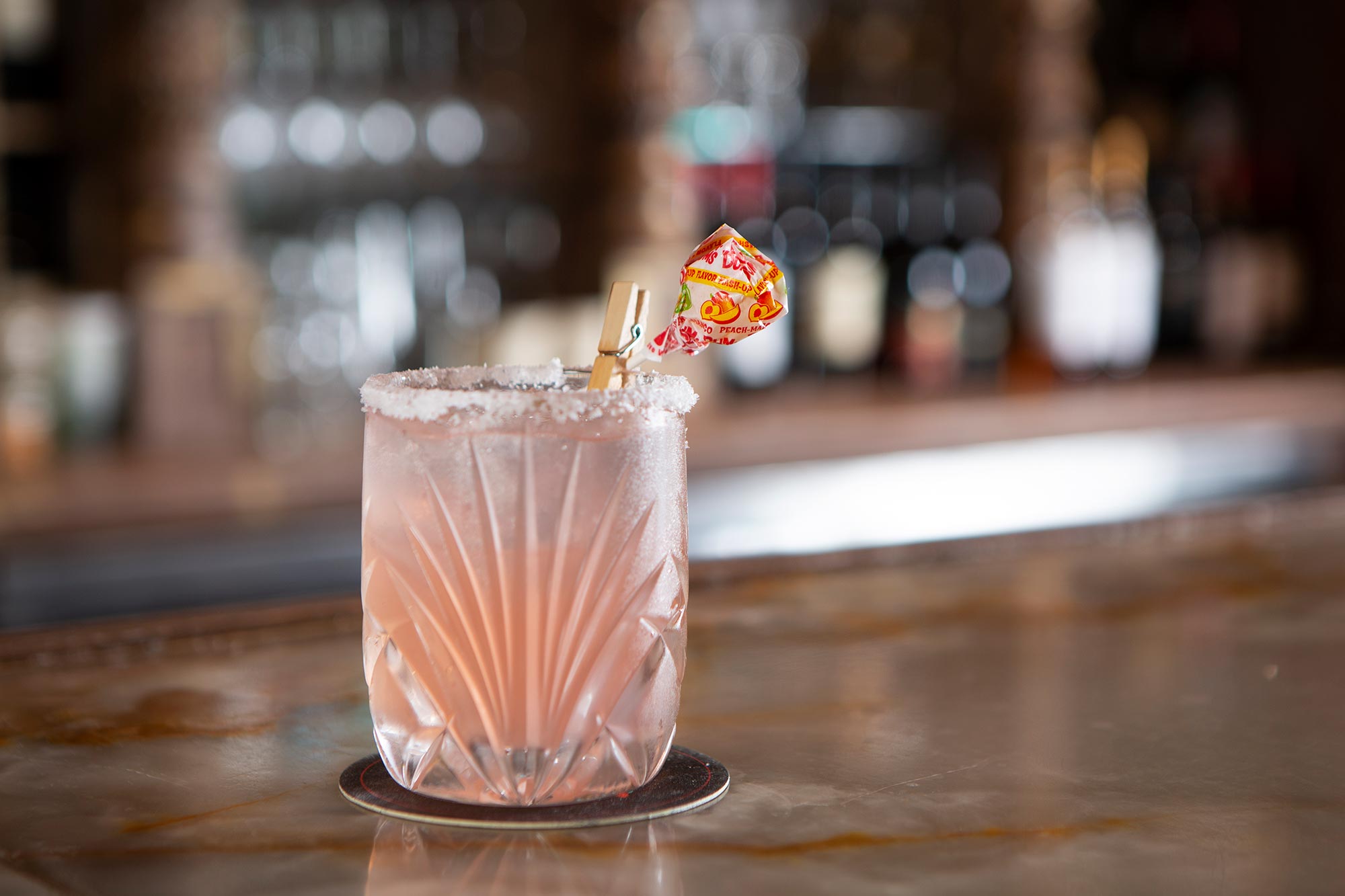 The cocktail is named after a fictional mafia character on the television show “Columbo,” Joey Carna, who was nicknamed Junior Lollipops because his father owned the restaurant Lolly’s in Brooklyn. It’s an arcane reference for a harmonious drink that fits in a fine Italian restaurant.

According to Peggy Feldon, the accomplished bar manager behind Pazzo’s 50’s style bar, craft cocktails are all about reliving Italian traditions. That means aperitifs made with all Italian ingredients and a team devoted to the art of Italian cocktail making. The exceptional Pazzo! cocktail program includes Italian classics like Negronis and Amaros plus fresh fruit accented coolers, sophisticated crafts, Bellinis, and a Pazzo! original creation called Sorbitinis with homemade sorbetto and gelato. The Fun Flight is also available offering guests an opportunity to sample their choice of four one-ounce pours from a selection of 18 liqueurs.

Ms. Feldon invented the award-winning cocktail recipe starting with jalapeño infused silver tequila. “The tequila has spice, but it’s calmed by the orange liqueur from Sicily, the prickly pear and agave syrup,” she explains.  The libation is served in a glass with a salted rim and a Dum Dum lollipop for a pop of sweetness.

According to its website, with a nearly 100-year history, Restaurant Hospitality has the largest, most qualified and highly engaged audience across the independent restaurant segment that makes up the bulk of the $800 billion foodservice industry in the United States.