Evening on Fifth - currently cancelled due to the COVID-19

Evening on Fifth - currently cancelled due to the COVID-19

Halloween on 5th Spooktacular - Event is cancelled. Online only.

Art in the Park (with NYAS)

Coffee with a COP 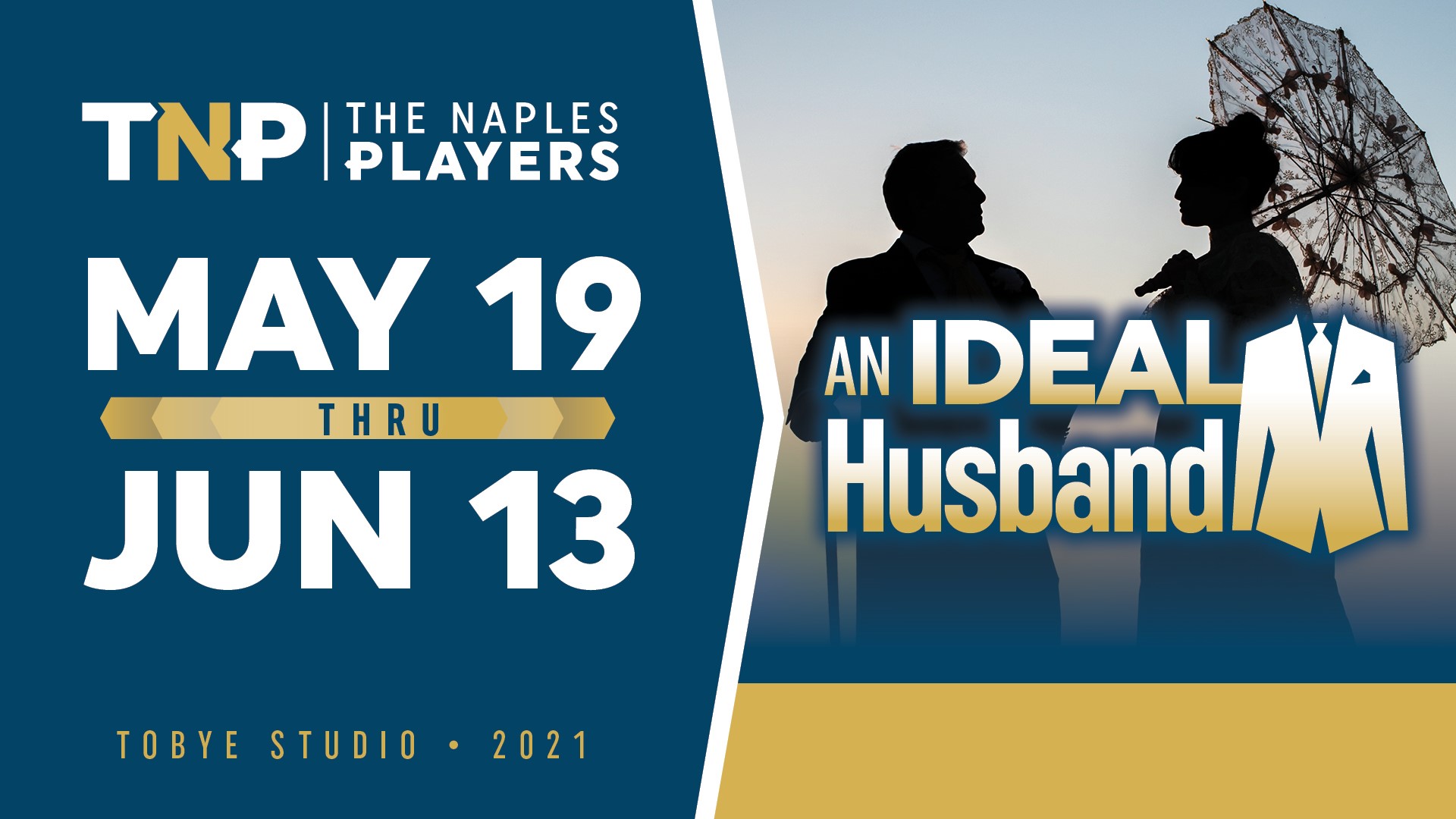 When Mrs. Cheveley (Jamielynn Bucci) arrives in London, she brings only chaos and upheaval with her. She quickly corners Sir Robert Chiltern (Peter McClug) by revealing a past indiscretion. Robert is desperate to keep up appearances when he realizes that his professional reputation is at stake as well as his marriage to Lady Gertrude Chiltern (Tina Moroni); who holds him to impossibly high standards. Robert’s trusted friend, Lord Goring (Mark Vanagas) attempts to assist the Chilterns only to complicate matters further…

Sponsored locally by Stock Development, An Ideal Husband was originally set to take the stage at the Sugden Community Theatre in 2020. The Naples Players was forced to reschedule it when the theatre closed last March in response to COVID-19.

“While not as famous as The Importance of Being Earnest, we were all taken aback by the relevance and punch of An Ideal Husband to today’s politics. It’s funny, it’s relevant. It’s a great re-entry to the theatre” says Executive Artistic Director Bryce Alexander.

The production is being directed by Alexander’s longtime mentor Steve Wilson, a Denver based director known for his penchant for the classics. “What could be better than coming out of this pandemic with your friend and mentor helping to lead the charge? It’s a homecoming and a fresh start in so many powerful ways.”

To alleviate the concern and spread of COVID-19, the theatre will only be seated to 50% capacity. Tickets are expected to sell quickly. A Red Carpet event open to the public is slated for Wednesday, May 19th from 6:30pm-7:30pm and features local vendors, food, drinks, and live music from the band Chariot.

Performances are Wednesday through Sunday and both general public and season tickets are still on sale at the TNP Box Office. To accommodate the demand for more performances, TNP has added performances on Tuesday May 25th and Tuesday June 8th at 7:30pm. Those interested can visit NaplesPlayers.org anytime or call the TNP Box Office at (239) 263-7990.