Yabba (which means everything is cool in Jamaican slang­) is the “middle child” of Culinary Concepts restaurant group owner and founder Skip Quillen’s five restaurants that include Chops City Grill and Pazzo! Cucina Italiana also on Fifth Avenue South, Chops City Grill in Bonita Springs and The Saloon at the Coconut Point Shopping Center in Estero.

“Turning 21 only happens once and deserves to be celebrated,” says Quillen, noting it’s a huge milestone and an age when you feel mature and realize you are no longer a teenager. “We’re celebrating Yabba’s 21st birthday and our highly regarded 21-year business partnership between Culinary Concepts and the Wynn family,” he adds.­

In 1948, pioneering Naples family patriarch Don Wynn opened Naples’ first modern grocery store on the corner of 7th Street and 5th Avenue South. The original supermarket and then hardware building was razed in 1999 to make way for the new Wynn Building next to the Naples Players theatre and Yabba Island Grill was born. 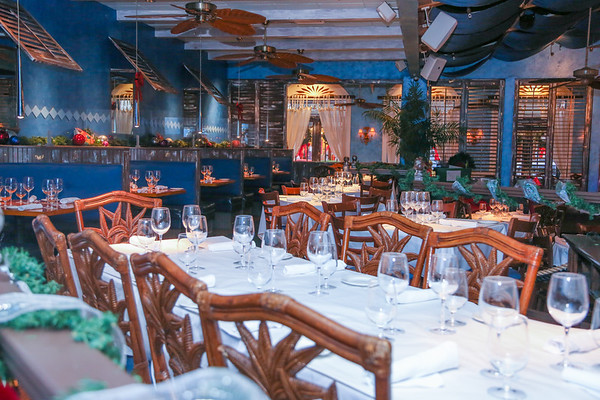 Yabba’s newly expanded value-driven drink program features 21 different glasses of wine by-the-glass starting at $9.50 and one of the largest craft beer and cocktail lists in Southwest Florida according to bar manager Kevin Scharff. Yabba will continue its fabled “retail plus $1” wine program offering more than 70 bottles of wine available at suggested retail price plus $1. Wines range from light, sweet and Sparkling to American and French Chardonnays to light and fruity American Pinot Noirs to interesting internationals like Malbecs, Chianti and Valpolicellas to fruit forward Zinfandel, Syrah and Shiraz and dynamic reds American Cabernet Sauvignon and Merlot.

Diners may still enjoy many of the original Yabba specialties including Rasta Pasta, a 21-year-old customer favorite from the original menu with shrimp, littleneck clams, mussels and king crab in a white wine, sundried and fresh tomatoes, hearts of artichoke and sweet basil sauce served atop a light citrus angel hair pasta.

“What really stands out and withstood the test of time is that Yabba has something for everyone,” believes founder Skip Quillen. “It’s a restaurant with a beautiful décor featuring incredible handmade, one of a kind fish sculptures. There’s a stage where guests may enjoy live weekend performances from Naples’ talented musical acts.  It’s a happy place with a large bar with an extensive cocktail program offering “tiki! is back” and island cocktails. Our food is creative and affordable. We’ve taken the classic steak, seafood and fresh stone crab restaurant to a higher level.

“Yes, at Yabba, everything is indeed cool,” Quillen beams. “You can’t make your 21st birthday in the restaurant business by doing it any other way!”