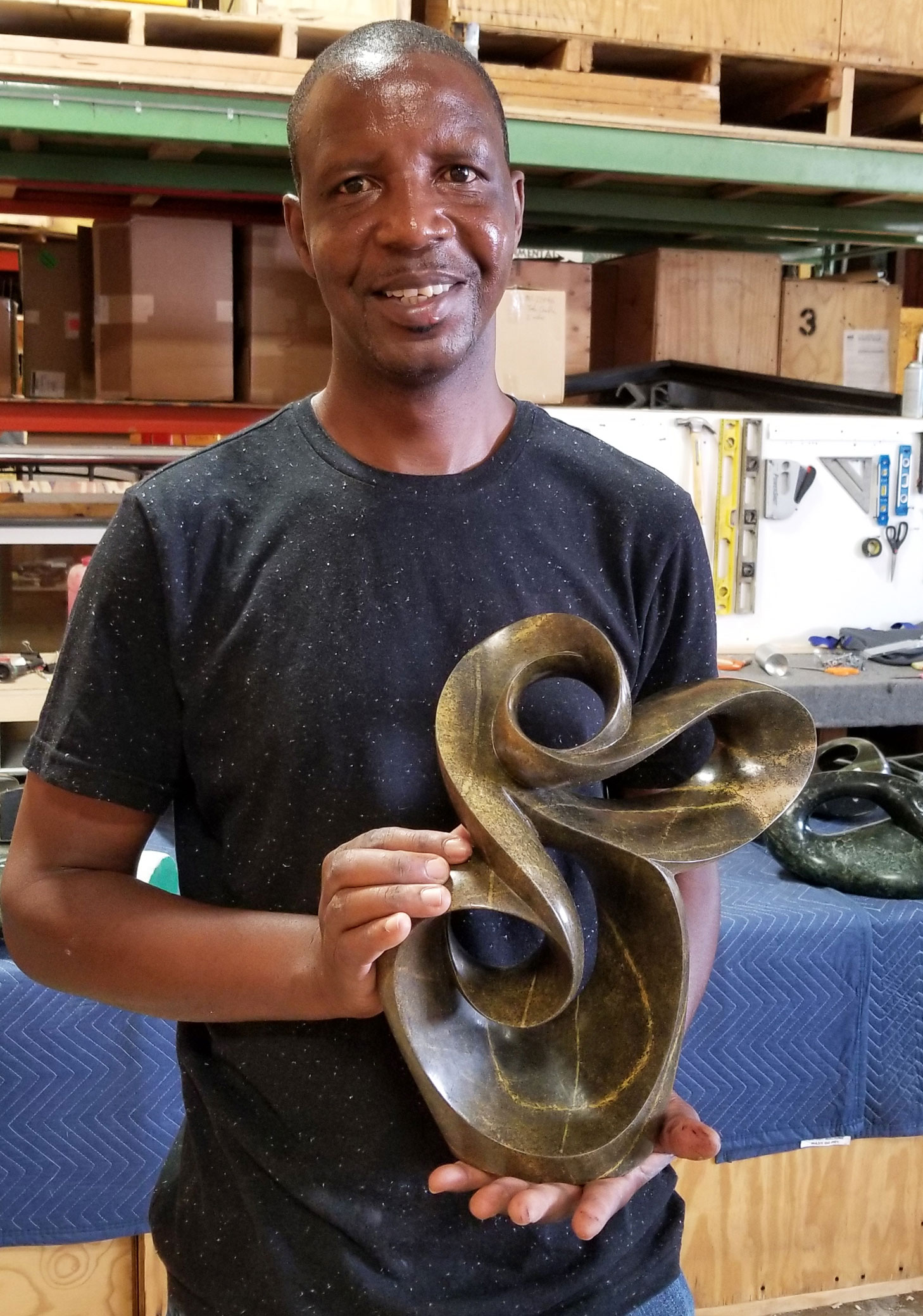 “Native Visions Galleries hosts a select few gallery exhibitions featuring well known artists who travel to 5th Avenue South from all over the world,” says Ms. Schaub. “These artists bring a unique perspective to the works they create and give an up close and personal view into their world and the dynamics that go into creating their individual works of art,” she adds.

The public is invited to meet the highly talented native Zimbabwean Zonde on Wednesday, December 4, 2019, from 6 pm – 9 pm at the gallery located at 737 5th Avenue South. Zonde will discuss works from his latest collection.

A master Shona stone sculptor, Zonde learned under the personal tutelage of world-renowned verdite master sculptor James Tandi. Verdite, a very rare stone, is only found in two deposits worldwide, first in eastern Zimbabwe and secondly in South Africa. It is a chromium rich type of Muscovite, which gives its rich green shade with a spotless shine from the small crystals. This exquisite green stone is also known as African jade or Buddstone.

“Godfrey carries on the Mukomberanwa tradition of Zimbabwean animists —sculptors who believe they are literally liberating the spirits out of their stone mediums—but, most impressively, he’s taken it in his own direction,” says Ross Parker, Call of Africa’s founder. “He is adept in both realism and abstract works. He is also a master restorer of artwork created in stone indigenous to Africa,” he adds.

Parker, a Zimbabwe expatriate and former special forces soldier who fought in the Rhodesian bush war, became an American citizen a decade ago. An artist himself, he’s been a lifelong naturalist and was raised on a farm in the Zimbabwe bush before attending the renowned Plumtree School. Upon arriving in the US, he worked in the diamond and sports car businesses but returned to his passion, art, when he opened his first gallery in Boca Raton in 1987. The Naples gallery opened in 1999 featuring traditional and contemporary landscapes, seascapes, wildlife and bird life.

“I wanted to run a gallery where art became a vehicle for giving back in every sense of the word and I knew there is nothing more powerful in bringing the plight of Africa to the attention of the world than showcases African Art,” he says.